This past spring break, I spent time as a Student Coordinator for the Oakland Black Alternabreak trip. I co-led this trip with Katlyn Young ’21, and we spent an entire week in Northern California where we partook in community 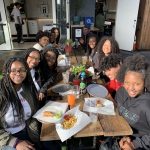 engagement, volunteerism and self-reflection. All of the students involved with the trip labeled it as an impactful and eye-opening experience for a number of reasons, and I genuinely feel that each student experienced revelations to their own perceptions of their identity that they will retain for the rest of their lives.

Alternabreak is a week-long community engagement trip that the Draper Center for Community Partnerships offers during spring break. It is open to all 5C students, who are invited to spend their entire break either planning an Alternabreak or attending a trip and volunteering with organizations in the larger community, addressing social issues such as environmental justice, homelessness and hunger. Two student coordinators typically lead each of the five trips each spring break, and trips have taken place in areas such as Houston, the Gulf Coast, the Eastern Sierra region, San Diego, San Francisco, and Oakland, in partnership with offices such as the Office of Black Student Affairs (OBSA), the Outdoor Education Center (OEC), and the Chicano Latino Student Affairs (CLSA) Office.

Planning for the Oakland Black Alternabreak trip as a whole began in mid-November. In early December, Katlyn and I began to research the organizations that we wanted to visit and actually started contacting organizations, sites and restaurants about our interest in a trip in early January. In February, we finalized all logistical affairs having to do with travel, housing, and scheduling with all of the organizations. 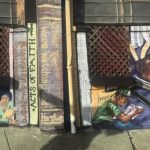 Our first stop was the Bay Area Black Worker’s Center in Oakland. Through community activism, campaigns and programs, the Center focuses on providing more job opportunities for Black communities.  “The experience was eye-opening,” says Khadija Jallow ’21. “We had a discussion with the founder of the space, talked about how she worked her way up into important positions in various workers’ unions, but she chose to work with the Black Worker’s Center in order to help the Black community at a closer level.” Overall, Jallow stated that the experience was a “very big eye-opener” as she was able to learn about gentrification, see its negative effects and “show her how much work needs to be done in the community” since “so many people are doing work and are not being acknowledged.”

On Tuesday morning, we visited Urban Releaf, an urban forestry non-profit that aims to bring greenery, vegetation and life to communities with a low environmental quality of life. This was our second year visiting with the organization, and last year we found ourselves doing actual physical labor: breaking concrete, planting trees or watering plants. This year, our group got to use our more technical skills as we helped the organization’s founder, Kemba Shakur, update the organization’s website and transcribe interviews that will aid her in writing her novel on her non-profit work. According to Brian Bishop ‘21, “The work that [Urban Releaf] are doing is necessary in two ways: It helped bring more trees to urban areas, but more importantly it gives citizens in the area jobs which further builds a healthy community.” Later that day, we also worked with Regina Evans, a sex-trafficking survivor who now owns her own vintage boutique thrift store. While we were expecting to help Regina with her daily tasks in managing the store, we ended up sitting and chatting with her for 1.5 hours, discussing her past, her values and any advice or insight she had for us. 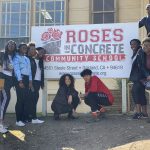 Wednesday, we visited Roses in Concrete. Inspired by the Tupac poem of the same name, this K-8 community school and registered 501(c)3 organization prioritizes the health of youth and their families. Like most community schools, Roses in Concrete gave us the opportunity to dance, sing and make art with the school children. Personally, what I found most remarkable was seeing how the adults/teachers of the school resolved conflicts between students. Instead of assigning blame to a student, the teachers focused on listening to the perspectives of all students involved and found ways to avoid ostracizing one student. Afterwards, we visited Marcus Books Oakland, the first Black bookstore in Oakland. As a whole, the city of Oakland is very important to Black history due to the fact that the Black Panthers were founded there over 50 years ago. Visiting a bookstore of such significance, where almost every book of importance to the documentation of Afro-Diasporic history can be found, was magical.

On Thursday, we traveled to San Francisco to visit Alcatraz Island. The former federal prison  system closed down in 1963 and was converted into a museum in 1972. Through a guided tour, people can now learn about the living conditions, racial relations and battles that took place there. “Overall, I was ambivalent about the Alcatraz part of the trip,” says Abdul Ajeigbe ‘21. “I understood that it was a historical landmark, but I was discomforted by the way prison was—once again—being monetized; and I didn’t like how tourists were taking pictures in the cells when real people suffered there. I definitely learned a lot, but I wouldn’t go again.” 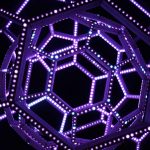 While we visited additional sites such as The Exploratorium, the Between Beauty and Horror Video Installation (an art piece made by a Black Woman) at the Aggregate Space Gallery, and the African American Museum and Library in Oakland as well as a plethora of multiculturally Black restaurants (Afro-Caribbean, West African, and African-American to be exact), these sites played only a small role in what made this trip memorable. While planning the trip took a lot of meticulous dedication and caused much stress, I would not only recommend students attend an Alternabreak trip, but also experience the leadership strengthening skills that it takes to plan such a trip.