There aren’t many colleges that will cover your spring break trip, much less a spring break trip back to the place where you grew up, but Pomona’s Draper Center for Community Partnerships did just that for Spring Break 2019. Through a set of programs called “Alternabreak,” Pomona sent me and nine other students to New Orleans to do community service and social justice work on the ground. New Orleans was just one of the many options, but it was particularly close to my heart given my upbringing in the area. 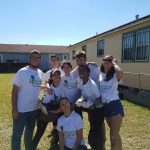 Through Alternabreak, I made new friends across all four years and got a lot of sun (others got too much sun), but I also got to meet a family that provided a lot of perspective for me. We worked to fix this family’s home with Rebuilding Together New Orleans, a nonprofit doing home improvement for vulnerable populations who can’t do it themselves. I heard a theme that I was all too familiar with – contractors who overcharged families after hurricanes and performed low-quality work repairing the home, leaving the families with poor repairs that manifested into larger problems only a few years later. For perspective, this home was so poorly repaired by contractors that the siding was rotted from the inside out, the house was poorly sealed, and hardly accessible to the couple. 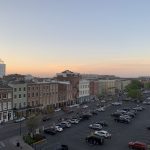 Although we repaired siding, painted the home, covered the cracks and built a new ramp to the back porch, it was a lot more than that for me. I had been helped after Katrina, after Gustav, and Isaac and all of the other storms that knocked on my door over the years. But here I stood, 14 years after the first of those storms, and realized I’m okay, my family is okay, and many of my friends, despite growing up 15 minutes from where we worked, are okay. I came to Pomona, nearly 1,700 miles away from this storm-ravaged area, and I’m okay; I’m detached from the fact that people in my own home community still struggle because of how storms, government response, and capitalism all seem to combine to result in misfortune. 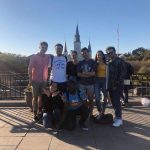 But Alternabreak reminded me of some things. It reignited my belief that service is lifelong and cyclical, that I must give back in the ways that I can, large or small, as I’ve received that same blessings from others.  Most importantly, it grounded me in one of the lessons that I almost forgot since being at Pomona – everything is going to be alright. The world is more than just grades, arguments, and working. I think back to when my dad and I evacuated post-Katrina, leaving the flooded church where we took shelter to go wherever people would help us, and he would say that everything will be all right. And, despite that family still living with the bruises of the systems and environment around them, they kept going, reminding me of the true tenacity of New Orleans and the human reason why we should always help one another.