Anyone who knows me can attest to my avid love for Quora, a question-and-answer website where you can find people from the likes of regular high school students to Barack Obama himself. I can spend anywhere from one to eight hours on the site daily, learning personal opinions, facts, and news—and sometimes writing them myself as the fourth-most viewed writer for Pomona College!

Recently, I stumbled across a question while scrolling through my feed: “Can empathy be developed or is it just a natural trait?” The top answer described a woman’s experience on both sides of being a foreigner, from discriminating against an Indian man for his poor English in a chemical engineering lab to becoming the one discriminated against in Thailand for her poor Thai/Siamese. Having recently returned from my month and a half study abroad program in Korea, I realized that what made me feel so at ease in Korea as a foreigner was that, unlike this (white) woman, I had gone from being a foreigner to being a foreigner. A bit of a funny sentence, isn’t it? Let me unpack it. 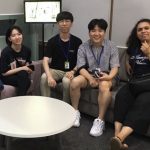 While I am a U.S. citizen and was born in Los Angeles, I am of Honduran decent and am a first-generation American. Like the Indian man, there was a time in my life when I struggled to learn English, having only been taught Spanish at home, and a time when my intellect was called into question because of my lack of English-speaking abilities. The most difficult question to answer has always been, “Where are you from?” Most often, people aren’t looking for me to tell them I’m from Los Angeles, but, rather, asking me about my background because my brown skin and 3c curly hair have permanently marked me as a “foreigner” in my own country. 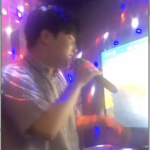 While it is obvious how I was marked as a foreigner in Korea, even there, I was often labeled by Koreans as “Latina” or “Mexican,” not “American.” However, the most interesting thing I discovered was the stereotypes Koreans had about Latina women were similar to those I experienced in America. During a whole-day tour of Seoul, I had the opportunity to talk in-depth with three Korean university students, each studying at different prestigious universities in Korea. One of the things we briefly discussed was their insights on non-white foreigners. At the time of my asking, we had already shared a meal and gone to a 노래방 (noraebang, Korean-style karaoke in a private room), so the mood was light and comfortable. They answered me honestly, admitting that there was a preference in Korea for white foreigners, and the two men in the group elaborated on the highly sexualized image of Latina women in Korea. Similar to the stereotype in the U.S., Latina women were viewed as promiscuous and “easy.” Essentially, nothing had changed: I had gone from being a foreigner to being a foreigner.

P.S.: I really did love my stay in Korea—this blog post only showcases one side of my experiences in Korea. I’ll write about the many cultural excursions I took and what I learned in my next blog post!