On my gap year in Ecuador, I spent Rosh Hashanah (the Jewish New Year) in a church–I figured I could only get more “religious” from there during my first year here at Pomona. Religion was a very big part of my childhood. Going to Hebrew school twice a week for seven years, having a Bar Mitzvah, and participating in a Jewish youth group throughout high school provided me with a community I still value. Word on the street says that Pomona is one of the “least religious schools” out there. When choosing colleges, the campus religious culture wasn’t an important factor in my decision. But, even if it wasn’t a deciding factor in my decision to attend Pomona, Judaism makes up a large part of my identity and culture here on campus. 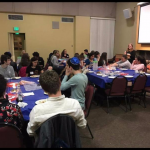 With over 250 clubs for students to engage with, religious organizations make up a significant amount of them. From weekly bible study to the Muslim Student Alliance, all religious organizations are open to students at all five colleges. These communities act as spaces for people to pray, partake in religious activities together, and share the unique culture religions draw from. As a by-product, people often develop strong friendships with people they first meet in these clubs. I dabble in a few different Jewish clubs and organizations, from the campus Hillel to JStreetU to Nishmat. The variety of groups under the “Jewish” umbrella offer me the space to find different parts of each organization that speak to the different parts of my Jewish identity– this choice often exists for other religions, too! 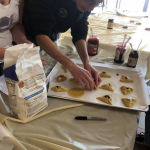 I think it’s also important to challenge those rankings that call Pomona one of the “least religious” campuses. Just because students don’t necessarily believe in the official doctrines of a given religion doesn’t mean they aren’t “religious.” If students don’t connect with prayer, clubs centered on religion also hold many cultural events. Some of my favorite memories from Pomona include eating sushi in the sukkah (a Jewish holiday celebrating the harvest) with my religiously-diverse sponsor group and going to a cross-dressing Purim party. Many of my friendships, both Jewish and not, come from these Jewish events. 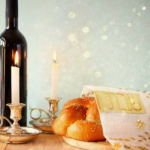 Religious communities also come together in times of loss and tragedy. After the Pittsburgh shooting in October of last year, all Jewish organizations united to hold a Shabbat dinner full of healing and reflecting. Recently, in wake of the massacre in the New Zealand mosques, the Muslim community banded together. New this year, the Jewish-Muslim coalition, created especially to increase inter-faith dialogue and support, helps bring people of different religions together. All of the Claremont College chaplains are housed in one building, providing a central place many groups call home and where they interact with one another. Pomona celebrates religious plurality.

Similar to many facets of social life, students can choose to engage as much or as little as they want; the option is all theirs. People find their communities in different places; I just happened to find one of mine though Judaism.