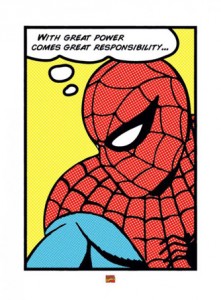 Pomona often boasts its small class sizes, but rarely advertises the pinnacle ratio of student-professor exposure: the tutorial.   There are a number of tutorials offered each semester (along with independent studies, which sometimes follow a similar format), all of which promote oft treasured and sometimes-dreaded one-on-one time.  I took a one-on-one tutorial in Spring 2013 about philosophy of language, and I’m currently enrolled in another about ancient philosophy of mind.

The tutorial system originated from Oxford and Cambridge Universities, where these intimate meetings were conducted on a weekly basis.  Even early on, it was noted to be an effective process in the “teaching of the seven liberal arts (Grammar, Logic, Rhetoric, Music, Arithmetic, Geometry and Astronomy); the three philosophies (Moral, Metaphysical and Natural); and the two tongues (Greek and Hebrew).”  The tutorial system is still active at Oxford and Cambridge, and universities and colleges across the world have adopted it as well.

Although any professor would argue that their assigned reading is mandatory, it is extra mandatory in a tutorial setting.  Despite having at least a semester’s experience with it, I silently fear the day where my list of questions and arguments is too short.  The professor asks me to continue the conversation, and I glance at my notes.  The page is empty.  The bookshelves close in.  The lights flicker and the wind howls.  I grasp at an asinine comment about Ancient Greece.  There is no classmate to hide behind within a 50-foot radius!

That being said, I’ve found my tutorials enjoyable so far.  This little fear continually convinces me to be well-prepared before the class has begun.  Any question that bubbles to the top of my mind is instantly gratified, and the conversation shifts as I want it to.  Any of my confusions are caught in their early stages, and aren’t left to fester until office hours lumber along later in the week.