When I first came to Pomona, I was very concerned with how much I would have to learn. I imagined that I would have to cram in order to be academically prepared for my first semester, because I hadn’t learned enough in high school.

However, how much I had to learn paled in comparison to how much I had to unlearn. The bad habits, unconsidered assumptions, and false beliefs I had as a result of my high school experience hurt me far more than any ignorance did.

The “school” part of high school was the easy part. Doing well required showing up on time and showing that you had learned exactly what the teacher said you had to learn. Not exactly a mentally challenging process.

The hard part of high school (disregarding interpersonal and emotional concerns, which any self-help book written for adolescents will assure you are the hardest parts) was putting in the time necessary to do well in school while also fitting in time to do other things. It was an exercise in efficiency, not intellectual growth.

This is definitely not the case at Pomona! My classes here have made feel more stupid than I have felt in years, in the best way possible. In just the first semester, I’ve stared at a physics or math problem set feeling completely lost more times than I can count. For the first time in my academic career, my teachers can tell the difference between a paper I’ve written on no sleep the night before it was due and a paper that received my full attention and effort.

It didn’t really matter how much I slept in high school. Sure, I would be uncomfortable if I pulled an all-nighter, but nothing was mentally taxing enough for it to really matter if I was fully alert or not. This is a corollary to school not being truly difficult – if I slept through class one day, I could probably figure out what had been taught later on my own. 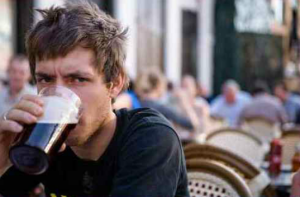 Sleeping is important at Pomona! Nearly everything here is important enough to deserve my spiritual presence, not just my mere physical presence. The ideal student here is a living, breathing, questioning human being, not a grinding automaton, and human beings require sleep.

90% of the work in high school was showing up. Doing quality, interesting work was extra credit – people mainly wanted to see that you were putting in effort, not that you were getting anything out of that effort. For example – my strategy for writing papers on literature in high school was to think of an interesting or unconventional reading of the work, then base my entire paper on that reading. I knew that by saying something interesting, I was leaps and bounds ahead of where my teachers wanted me to be at a minimum, which was forming a coherent argument with evidence. As long as I was successful in being at least mildly creative, no matter how incoherent, badly written, or (in one case) unfinished the essay was, I would receive a good grade.

Showing up is not the bare minimum at Pomona. Having done a ton of work and thought beforehand, then showing up awake enough to be able to build off of that work and thought in class is the bare minimum – doing well means having good thoughts and doing good work. The standards here are just higher. You can get by without doing the reading here in the same way that you can get by in a marathon by walking at a leisurely pace – it’s possible, but it’s also defeating the purpose.

I could think of many more ways that I gamed the system in high school that just plain don’t work here, but I think you get the idea. The game of college, at least at Pomona, is not easy to exploit. There’s no “trick” to doing well here – it’s just a lot of hard, mental work.

Substance matters here. People care whether you’re faking understanding or whether you actually understand, whether you’re conspicuous effort is getting results or not. If being judged on actual merits, instead of fake ones, is something that matters to you, Pomona is a great place to consider spending your next 4 years.