When I first entered Pomona College I wasn’t entirely sure what my identity as a first-generation, low-income student was. Most of the time at my somewhat elite high school, class was never brought up and was something I was always trying to suppress. I often felt ashamed when I couldn’t afford the latest fashion trends, or left out when people would talk about the places they had been or cool things they had done.  Many times I  felt like no one but my few close friends could truly understand my background and the experiences I have had being a first-gen, low-income student — but Pomona was the force that changed it all for me.

Initially arriving to Pomona I didn’t really know what to expect, especially since many of the sons and daughters of the world’s richest one percent would be my fellow peers and classmates. In actuality, being at Pomona is what ended my perpetual shame and self-pity about being a low-income, first-generation student. Being an integral part of the Quest Scholars Network at  Pomona has been the most gratifying and humbling experience of my life. Interacting with students of similar backgrounds as me has given me solace, but has also made me so proud of what I have accomplished during my journey making it to one of the best colleges in the nation.

To also recognize the experiences of the numerous first-generation, low-income students on campus, the Quest Scholars Network at Pomona decided to do a photo journalism project noting the experiences and thoughts of what their members wish they could say to the other members of the Colleges about the issue of class. As I always say, we may be poor “economically”, but never in intellect, pride, compassion, determination, or support, and I feel these photos encompass that. 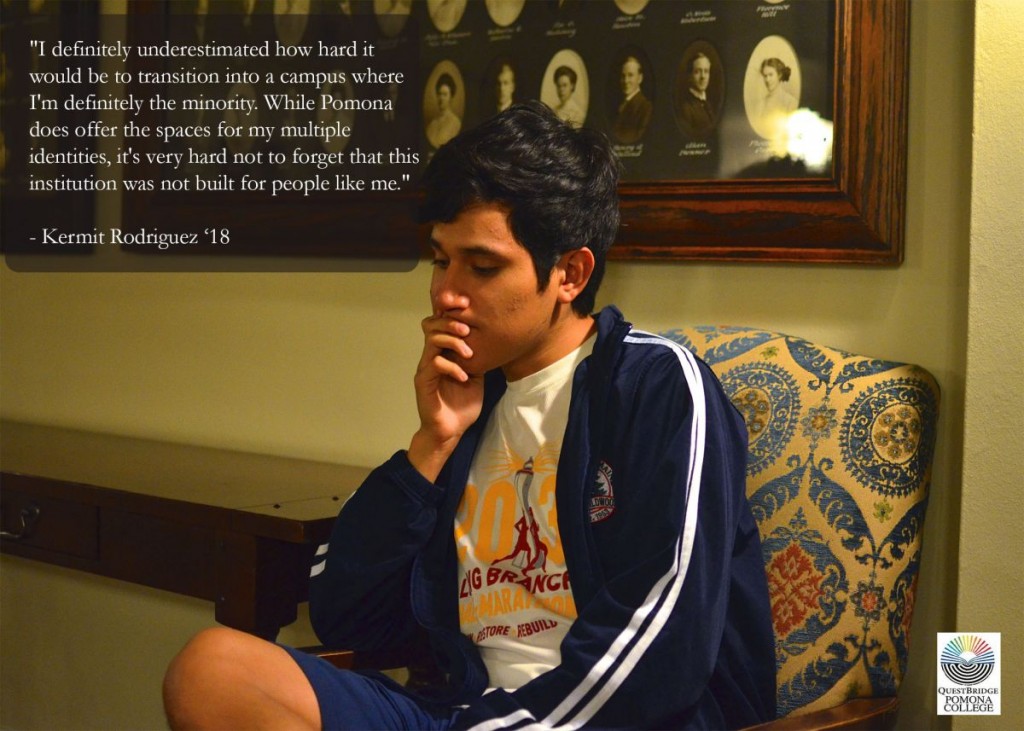 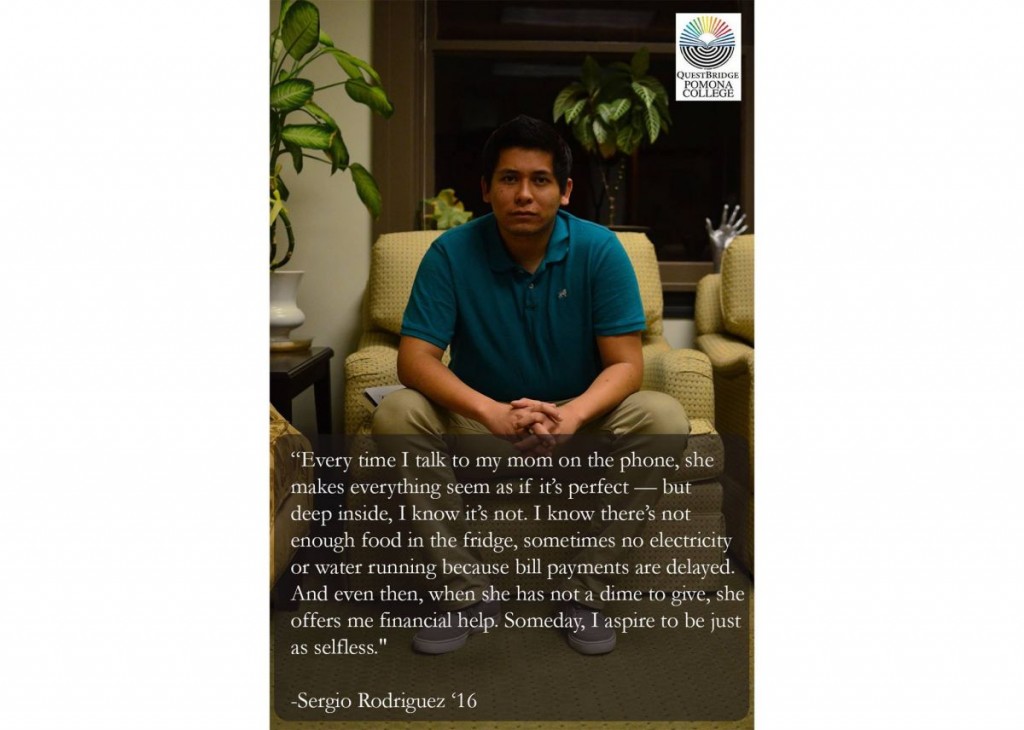 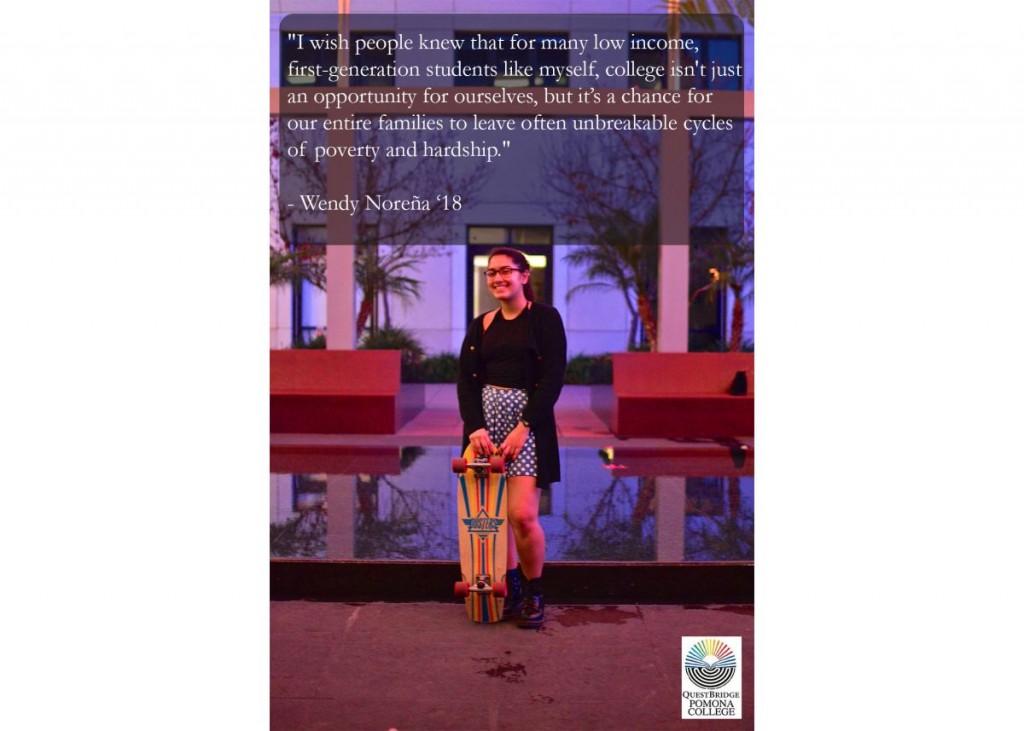 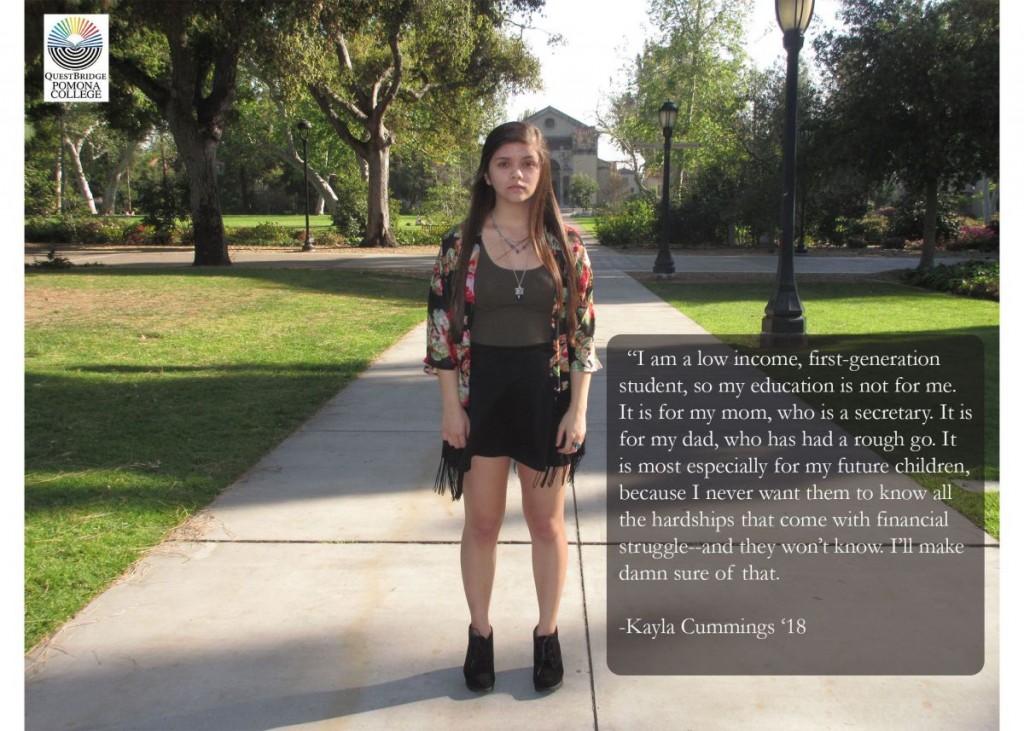 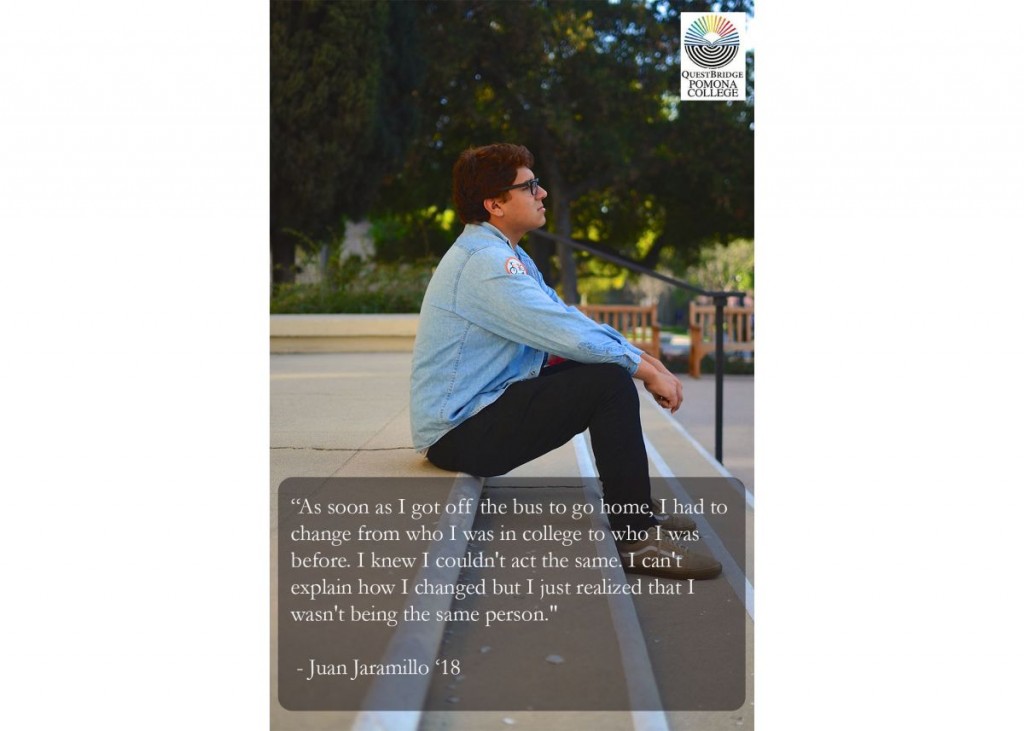 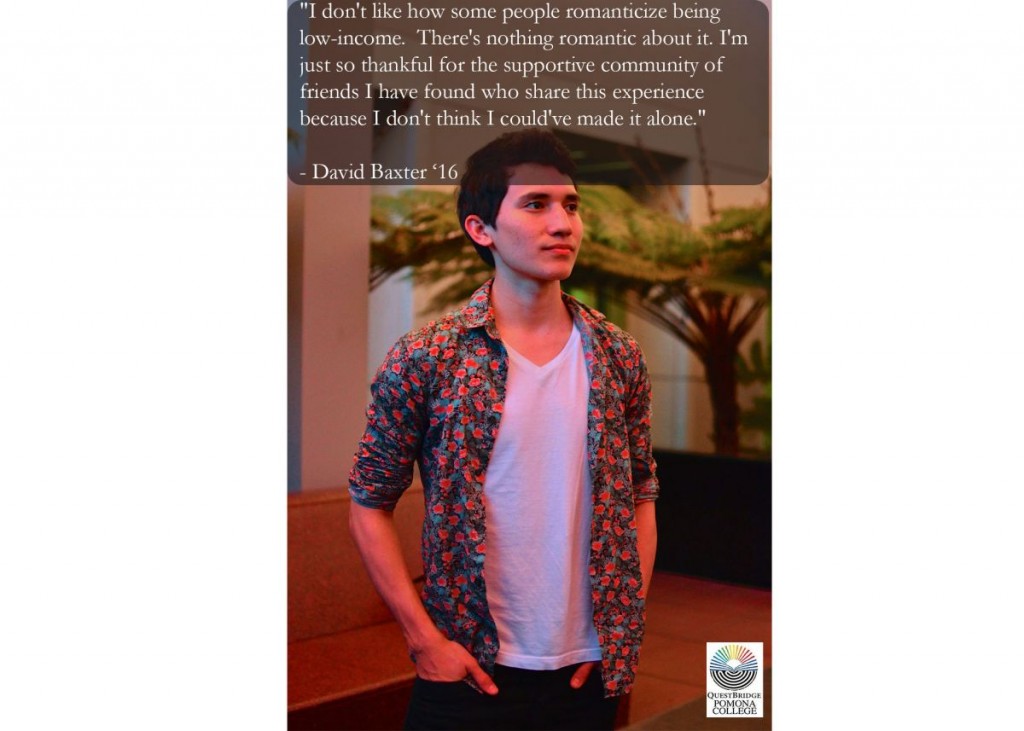 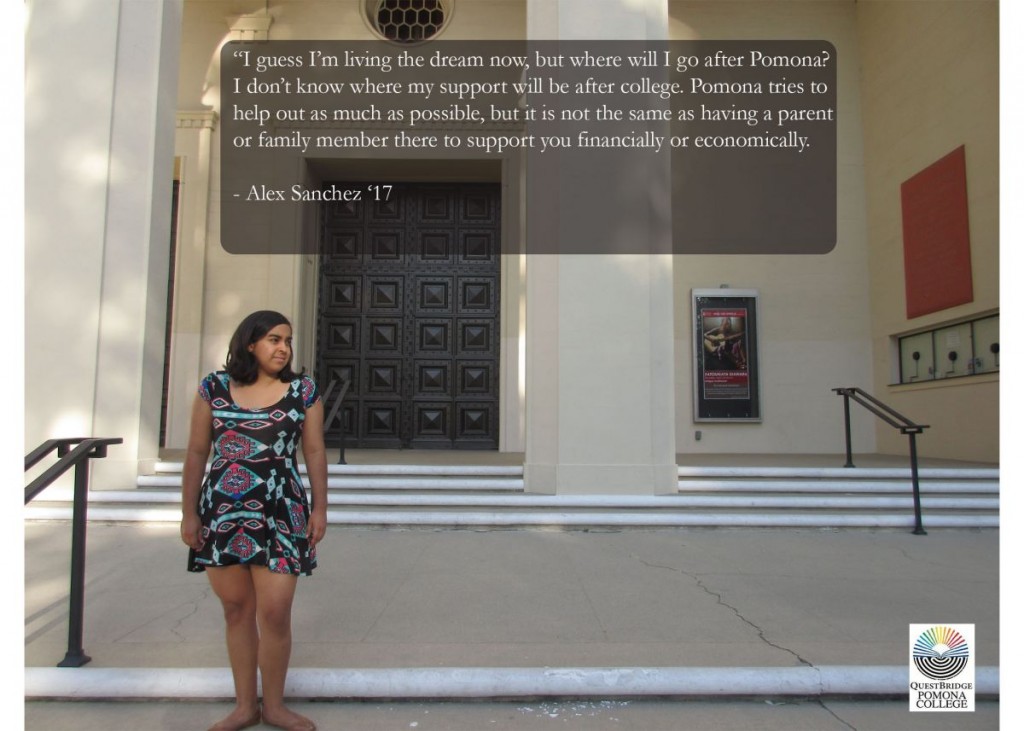