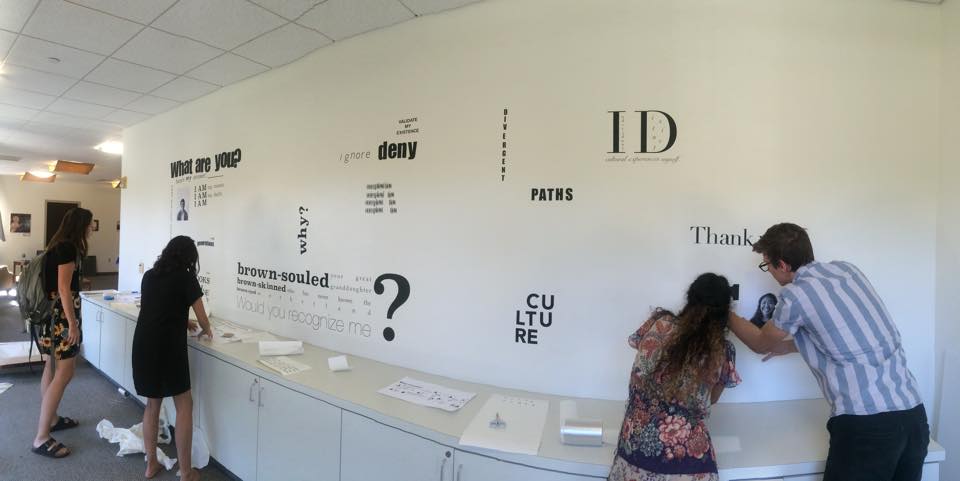 A few weeks ago, a few friends and I submitted an art project entitled MERGED to The Balcony art show. It was my first time participating in an art show at Pomona, and it was a really neat experience. (I might be overblowing my role in the project — mostly I connected the people who thought up and designed the project, helped write the artist statement, then showed up to assemble the project. Artistically, my involvement was pretty minimal.)

The art show’s theme was “Ties: An Exploration of Intergenerational Relationships,” and our piece, a collective submission by the student group MERGE (Mixed Ethnicity and Racial Group Experiences) was conceived as a way to complicate this theme by bringing in themes of race, ethnicity, and mixedness. As a mixed race individual, this was something really exciting for me. Eight different mixed individuals submitted family pictures, had their photos taken, and wrote a short statement.

Here were my photos and statement: 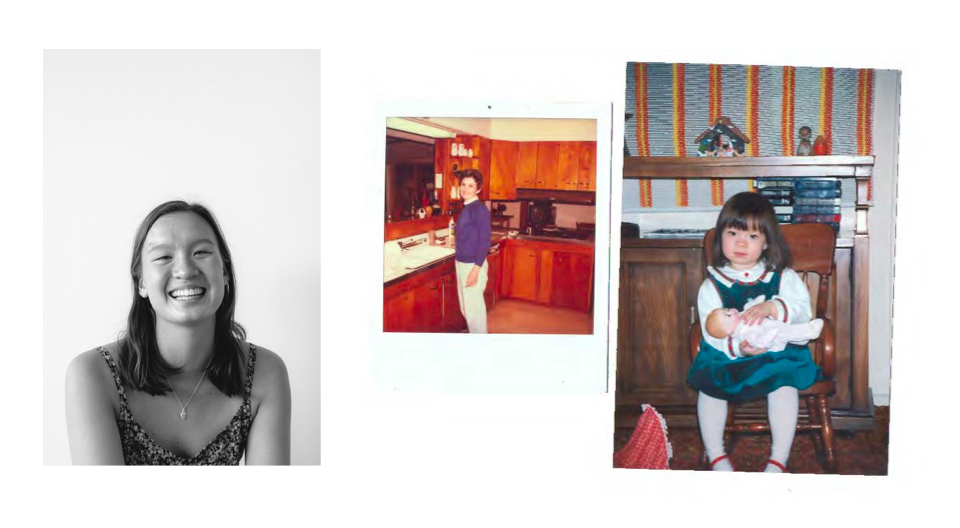 “My white, European grandmother gave me this blond-haired, blue-eyed doll for Christmas when I was two. I wonder if she ever thought about the fact that I would never have a child who looked like that. Growing up in the 1940s, did she ever imagine she’d have a granddaughter who looks like me?”

Our statements, along with the family photos, were printed on cards that sat on the table in front of the exhibit. Then our black-and-white photos and statements were made into a wall-size piece of stellar graphic design (thanks to the wonderful Filip Skrzesinski).

After six hours of assembly (vinyl letters are hard!), our project was up on the wall and we couldn’t have been more proud. We’d all contributed our identities to this project, and we’d challenged the traditional conception of family and intergenerational relationships. MERGED was accompanied by the artist statement below:

MERGED aims to complicate the idea of intergenerational relationships by incorporating themes of race, ethnicity, and mixedness. Usually, familial ties are portrayed in solely monoracial terms. This can prove isolating for mixed individuals who may not share looks, language, or customs with family, despite sharing blood.

Through MERGED, we intend to challenge this idea of family, yet we acknowledge the problematic implications of doing so through a medium that has historically been used to exploit our own mixedness.

Many portraits of mixed individuals and mixed families portray mixedness as indicative of a “post-racial future” or as an anthropological curiosity. Both of these interpretations are flawed in that they fundamentally deny the humanity of mixed people. MERGED intends to make viewers acknowledge difference without othering, fetishizing, or exoticising. By prioritizing text over imagery, viewers must engage with both our faces and our voices, rather than just our mixed bodies.

Overall, MERGED was really well-received and it was wonderful to see people engaging with the project at the show. 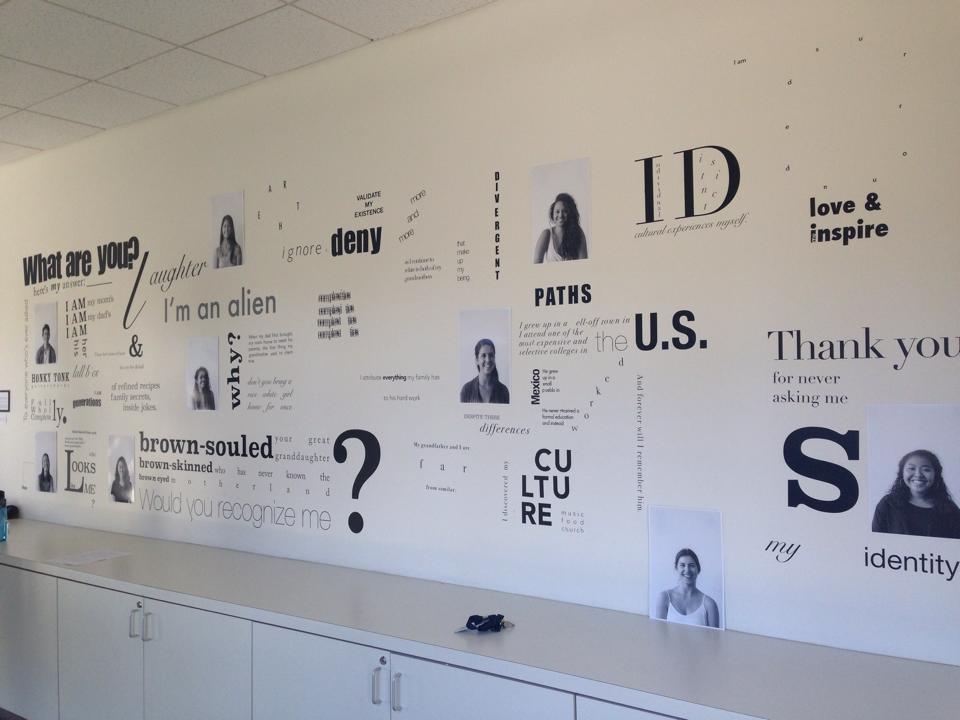 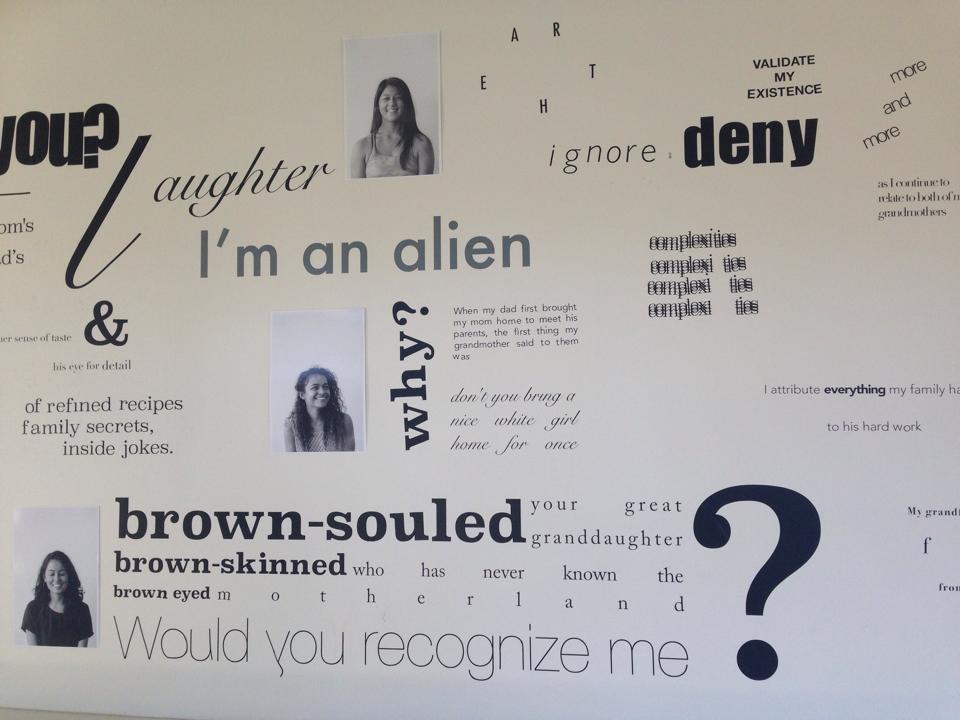