G’day! I come to you live from Australia again to report my exhausting but exciting first week here as an American abroad! I suppose I should start with the weekend.

Firstly, I have never been to a bar in the States. Secondly, after what I experienced Saturday night, I question if anything within U.S. borders can compare.

It was our first Saturday night together, so most of the students in the house I am living in wanted to go out to this modern bar/hostel nearby. Various neon lights were hidden throughout the bar, people clustered by tables in deep yet jovial conversation, and the dance floor was active all night (I made sure of it). They blasted American songs that all of us knew–not the trap or rap that I’ve grown used to from Claremont’s usual shindigs, but ones you could belt out while dancing with your friends. I bounced around to I Love it by Icona Pop and threw my hands up to Single Ladies, likely living up to the loud, overly-friendly American stereotype. Side-note: Australians tend to gather in groups of friends and dance in a circle, a custom we embraced wholeheartedly. There were also moments when I noticed people hesitating to join in, so I boldly dragged them onto the dance floor (and made new friends by forcing them to chicken dance with me). At one point, two Australian blokes tried to convince me that they owned both a crocodile and a koala. Bloke #2 even pulled up a rather professional-looking picture on his phone and told me that it was Kevin, his pet koala. The whole night was the perfect mixture of hilarity, fun, and oddity.

After a weekend of bonding, our new study abroad “family” ventured into the city via the tram for Welcome Week at Trinity College (a part of the University of Melbourne). There were 20 hosts and 200 international students, who would all be mixed together in an at-first-very-awkward-but-soon-friendly jumble for the next five days. Alas, my precious, newly-constructed safety net of Arcadia friends was torn out from under me as we were thrown into new groups, (oh, the tragedy!), but I was confident that my Urkle-centric charm and animated expressions would help me relate to someone one way or another.

The leaders of Welcome Week decided that rest was for the weak and booked our days thoroughly. After arriving around lunchtime on Monday, we managed to squeeze in all of the following activities:

Monday: Scavenger hunt around Melbourne, which included sneak peaks of ACMI, one big white library (which could very well be the State Library of Victoria, but don’t take my word for it–it could just as easily be a large hipster cafe), Federation Square, and tons of the city’s hot spots. 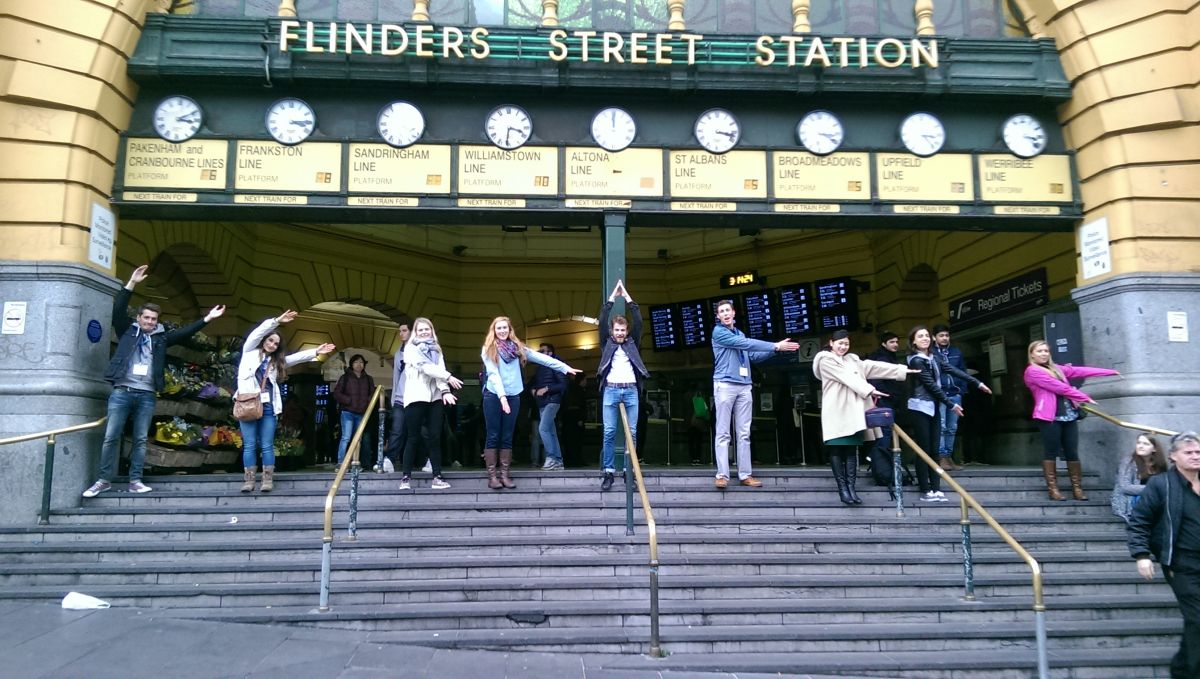 Tuesday (AKA the best part of Welcome Week): Chocolate and wine tasting at Yarra Valley (AKA Heaven on Earth), Healesville Sanctuary (AKA the place where I pet a wallaby’s butt), and a dessert/bar crawl (AKA the thing I didn’t do because I caught a cold and felt pretty unmotivated to brave Melbourne’s wet, cold night).

Wednesday: Eureka Tower, the National Gallery of Victoria, and an Australian-themed trivia night (which our group won–take THAT past participation awards!).

Thursday: Footy Clinic at Carlton Football Club–which introduced us to Australian Football (AFL/Aussie Rules/muscular guys punting a ball and running around in very short shorts), a tour of Melbourne’s street art, a formal dinner, and a “Down Under” party which involved all of us attempting to dress according to Australian themes (our group’s was the red-backed spider so we just wore black and attacked each other with red sparkly hair spray).

It was quite the week. I met so many people from around the world: Sweden, England, France, Japan, Canada, the Netherlands, New York–which is pretty much another country to me as a Californian–and, of course, Australia. And after a weekend of resting and hiding from the cold, I should be ready for more chaos as orientation begins! Until then! 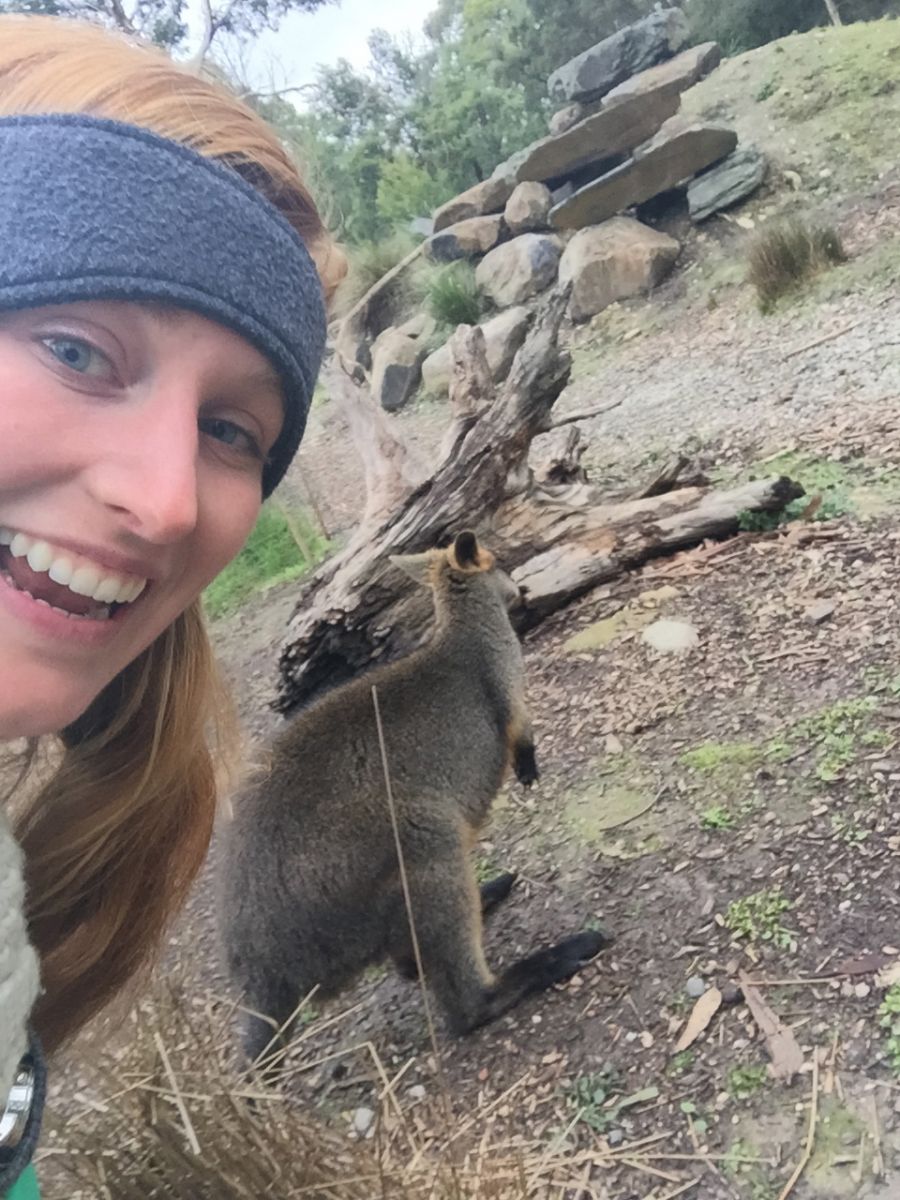