Since coming back to campus, I’ve once again had to get used to communal bathrooms. I no longer have the luxury of having a bathroom all to myself, with a lock and everything, where I can sit on the toilet scrolling through my phone for hours on end. After much reflection, here are the top 5 (only 5?) weird bathroom things I do at college that I never had to worry about at home.

5. Drying my hands without a towel 🙁

There are no towels in the dorm bathrooms! Or at least in the ones I’ve encountered. Someone in my hall put a roll of toilet paper in to serve as a substitute, which is…interesting, I suppose. I’ve gotten used to vigorously waving my hands and wiping them on whatever article of clothing I’m wearing seems the most absorbent.

4. Putting on clothes right after I shower

I don’t think towels are a reliable way to cover a naked body. A towel can easily slip off or be stepped on by the wearer, who consequently trips whilst ripping off the towel in the process, allowing the world to see their hiney and other various parts. Thus, right after showering, in the little area outside the shower, I dry myself and put on clothes. I can then wrap my hair in the towel—so by not using the towel to cover my body, I have eliminated the need for using two towels (one for the head and one for everything else). How economical!

3. Listening through the walls

Since I live right next to a bathroom, I can easily hear the clang of a stall or the ssshh of a shower. It’s not really a disturbance—rather, the thin walls help me determine when no one is in the bathroom. Being the awkward introvert that I am, I prefer doing my business—#1 or #2, showering, brushing my teeth—in isolation. I don’t particularly enjoy brushing my teeth next to someone, since I feel the urge to engage in small talk, even though I know we can’t really talk with foam in our mouths. Also, I become hyper-conscious of my tooth brushing, and I brush a teensy bit longer than I normally do—don’t want the person next to me to think I have poor hygiene. This is easily avoided if I’m alone. 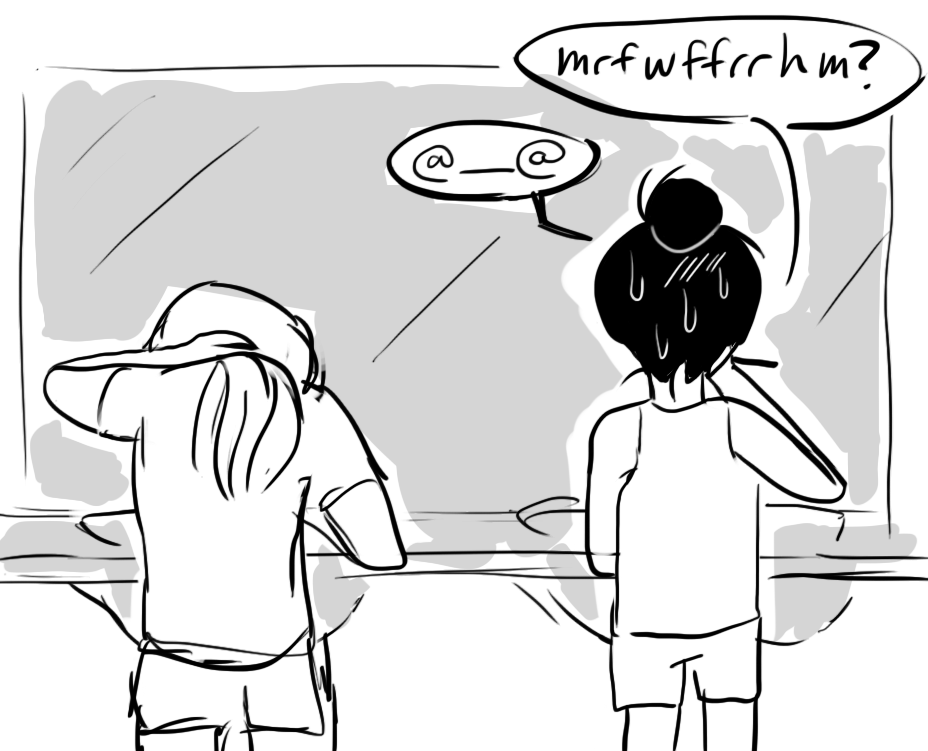 2. Doing #2 at specific times of the day (and sometimes not in any of the bathrooms in my hall)

I don’t want someone walking in on me while doing #2 for fear that I will be grunting or tooting a lot if it’s an especially tough one, so I try to do #2 when most of the people in my hall are still in class or probably out somewhere else (around 3pm-5pm) or when they’re asleep (6am or earlier). Listening through the walls comes in handy here. There’s a guy directly across from the bathroom I usually use (which is gender neutral), so if his door is open, I usually trek to another hall’s bathroom and do my business there.

1. Squatting over the toilet

YES, I squat over the toilet. As in, I hover. It’s a Filipino thing. Or maybe only a Sanchez thing. Or maybe only a Camille thing. Why do I squat, you ask? Because I don’t want my butt indirectly touching the butts of people who aren’t related to me, and I’m too lazy to put toilet paper on the seat. “Oh, but Camille, the toilet water is much more dirty than the toilet seat, and your skin acts as a barrier to prevent germs from—” Yadda, yadda, yadda. Well, guess what, naysayers? Squats are a good exercise to strengthen your core and burn fat, and it improves bowel movements, so I’m killing two birds with one stone here—tightening my glutes while lettin’ it shoot. (Goodness me, I laughed while writing that.) 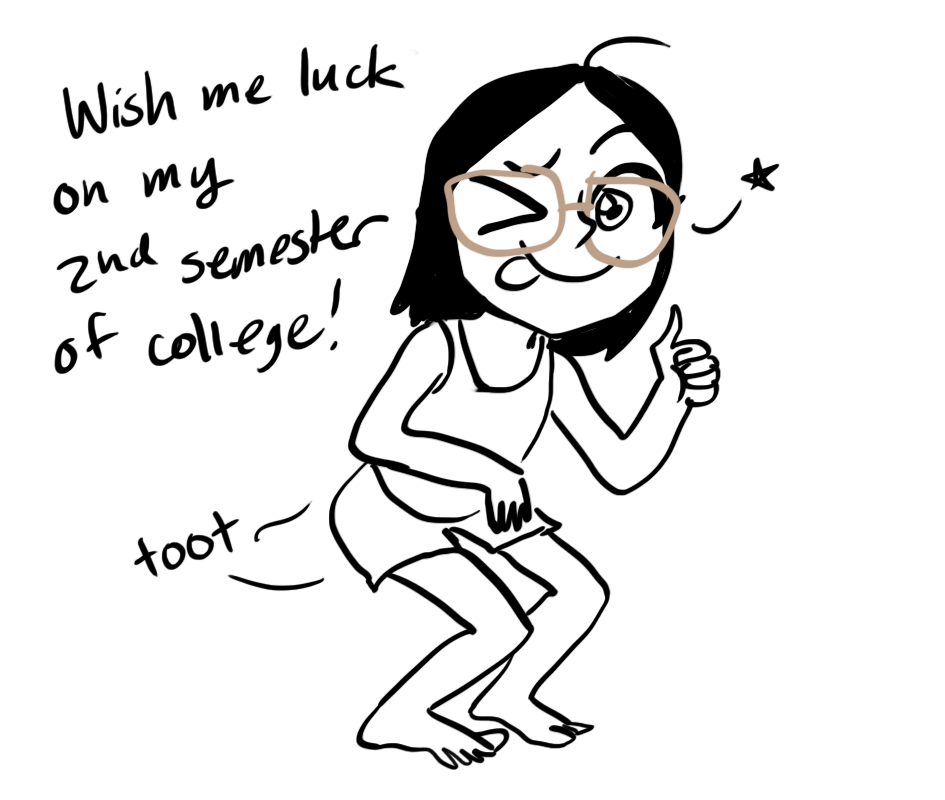