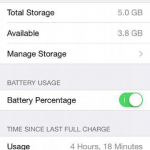 I want to explore how magical this number really is. Ever since I’ve come to this campus, it’s like that number literally pops up everywhere, and my friends say the same thing. So, my awareness of the mystery around the number 47 all began on a sunny day. It was the first diversity fly-in program at Pomona, and as all of us coming in were ready for our adventures with the admissions staff. They sent us on a scavenger hunt to find the number “47.” Wow, crazy right? So, after we found the number literally everywhere on campus, we took pictures with it and turned them in. I think that’s where it all began.

Then I learned the history of this mysterious mathematical proof. Since 1964, Pomona College has been in love with this number. Professor Donald Bentley wrote the proof that says all numbers are equal to 47. However, it was a joke in order to popularize a student’s research project that listed real and imaginative “47 sightings.” However, many Sagehens have found that this number turns up randomly in the most unlikely places, like MY DANG CELL PHONE. To make it even scarier, Pomona is located off the San Bernardino Freeway, which seems typical. BUT, the exit sign reads “Claremont Colleges Next Right, Exit 47.” 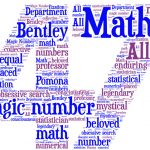 Wait, there’s more: neighboring college Claremont McKenna is named after Donald McKenna and was founded in 1947. In more mythical terms, even the New Testament credits Jesus with 47 miracles. Harwood residence hall has rooms 45-49, but no Room 47. Coincidence? I THINK NOT!!! The top row of the Lyman Hall organ on campus as 47 pipes. The dedication plaque on Mudd-Blaisdell residence hall was made in 1947 and has 47 letters. The list goes on and on. The number pops up everywhere. In fact, I believe that the more we buy into it, the more it pops up. Like, you never noticed it until you were aware of it, and then you couldn’t NOT see it.