The sponsor program at Pomona pairs groups of ten to twenty first-year students with two to three returning students who serve as mentors—both academically and beyond. My second year, I was a sponsor. Cris Woroch, my first-year roommate, became something of a Spuncle (Sponsor uncle) to my sponsor group, and he introduced us to the game Sardines. We first played in our dorm, Mudd-Blaisdell, on a Friday night with great success. In conclusion, we vowed to play again. In the fortress up north.

Sardines is a game similar to Hide and Seek, but it’s played backwards. Only one person (X) hides while the others gather to wait. When X is hidden, the other players begin searching. They travel individually or in small groups, and when they find X, they must silence their excitement. Their role is now to act as additional hiders, increasing the ease for other seekers to spot the group. 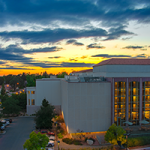 Which brings me to the fortress. The library at the Claremont Colleges is called Honnold-Mudd. By some measures it has eight floors. By others it has four. “Vast” would be a tame word to describe the structure: two humongous buildings connected on every floor above the ground level. Some have called the building a labyrinth. Others prefer fortress. It has a lot of books and also an interlibrary loan program (I think)! Perhaps more importantly, it has possibly an uncountable number of rooms, nooks, crannies, stairwells and other hiding spots.

We created a Facebook event and told our friends to advertise in person. Jake Smith volunteered as the first hider, and we arranged the time. Our expected attendance was twenty or maybe thirty people. We had informed people to be quiet in the library and to be respectful of any souls unfortunate enough to be holed up in Honnold on another Friday night. 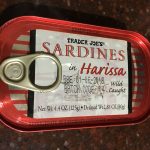 Cris and I arrived early, planned a method for communication during the game, and checked to make sure the location was relatively clear. At first, only members of my sponsor group arrived, but then people began to flow in. The stream didn’t stop until we had filled the area under the bridge connecting Honnold and Mudd. I counted upwards of eighty or ninety people. Cris and I explained the rules as Jake hid, and the game commenced.

The details of the game are unimportant (my sponsee Bernardo Moyza won) (I didn’t win) (I’m not salty), but many people told me afterwards that it was one of their favorite nights at Pomona. My sponsor group and friends recreated Sardines in an academic quad the next semester with smaller numbers but equal fun.

It’s events like these that make me appreciate the Pomona (and the 5C) community. Even in the most academically rigorous spot on campus, we can find room for fun.