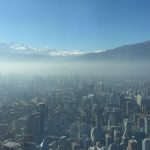 I was in my Spanish class at the public university (La Universidad de Chile) in Santiago, the sprawling, smoggy city at the foot of the Andes in the noodle-like country of Chile. Our professor, Claudia, paused during the lesson and remarked that our class had representatives from every continent. My classmates were a global mix: Brazilian, Japanese, Portuguese, Swedish, and Angolan. Except Oceanía, she corrected.

“Oceania is a continent?” I thought, feeling the puzzlement show on my face.

“Cuantos continentes hay en el mundo?” she asked the class. How many continents are there in the world?

I held up seven fingers, but my brow furrowed as I saw sets of five and six fingers around the room. 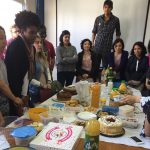 América, Europa, Africa, Asia, Oceanía, some said. Others included Antarctica as an afterthought.

“¿Por qué se separa América en el norte y el sur? Y Australia es su propio continente? De que continente es Oceanía?” someone asked me. Why do we separate America into the north and south? And Australia is its own continent? What continent is Oceania a part of? 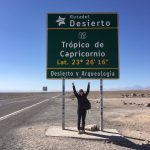 It was a beautiful invitation to question what I thought I knew about this world, to take a skeptical look at my most fundamental assumptions and their historical bents and political agendas. I expected people to challenge my political views and cultural beliefs, but I didn’t realize that included the number of continents in the world. The way we organize the world is so variable, and that variability—that richness—is what makes this world so wonderful, and chaotic, and beautiful.