My mom told me once (well, more than once) that I had two options: go to college or look for another place to call home. Naturally, I went with the first of the two choices. She knew that, following the clichéd mantra, college was the “key to success.” And I wanted to go myself. No longer having to ask her if I could go out, and being able to figure out all that adult independent stuff was really appealing to me! It is still is. But during my one week back home for the summer, I came up against the wall that many students coming from first-gen backgrounds must experience. And it happened so quickly that I felt like I slammed into it, an invisible barrier I had no clue existed.

Driving with my mom, while approaching a red light, she and my older sister chuckled about their experience in the salon the other day. My sister didn’t have luck on her side, as she got the lady who apparently couldn’t multitask and takes nearly twice as long as the other ladies to finish braiding hair. But, as I sat in the backseat, my joyful smile soon turned to a frown. The salon was run by women of African descent, so my mom and sister began to mock their accents and question what they were saying. “They were speaking French or something,” my mom said after another instance of mocking. 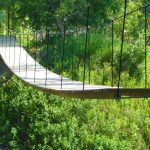 “France colonized lots of African countries,” I said almost instinctively. Who didn’t know that? I had just taken an Africana history class at Scripps College, and, with it, I brought home a lot of knowledge about colonization and slavery in America’s not-too-distant past. Moments after I sputtered that, there was a bit of silence in the car. The words were met by eye rolls presumably, followed by a short continuation of the mocking. I stopped to think about what had just happened. Before college, “colonization” wasn’t even a word in my regular vocabulary. But now, it had become an almost too-familiar term in my Pomona College lexicon (just like the word lexicon itself). The bridge between myself and my family that had been intact before my journey into higher ed was in danger of collapsing. Four months prior, during winter break, my mother and I had a similar run-in when talking about leaves of absences and mental health issues. After I had mentioned a friend who was taking a year off, my mom immediately and adamantly stated her opposition to the idea.

“You have to go straight through—otherwise you’ll lose it ,and it’ll be harder to get back on track.”

“So you’re telling me if I said I wanted to take a leave of absence, you wouldn’t let me?”

“You’re [darn] right! Why would you need to take a gap year?”

“What if I determined I needed to? School is hard! Try going to Pomona, and let me know how that goes. What if I’m dealing with mental health issues?”

“What mental health issues could you possibly have,” she said, scoffing at the mere idea. Again, before college, I had never thought anything about mental health either. While I believe that’s more symptomatic of being a black male in America—not having the “time” to outwardly express these issues, but having to repress them and “suck it up”—I think it also reflects how much more different of an experience college has been for me, versus what my family had anticipated it being. Behind all the jazz of me being in California, and coming out of my social shell, I was in the classroom learning valuable stuff!

It was frustrating. How do I reconcile the fact that I’m learning all of this information, but people back at home aren’t receptive to it? I can easily talk about the opportunities and things that I want to do, but, most of the time, the actual knowledge I’ve learned thus far has to stay at Pomona. The objective was always to reach this lauded financial security, but the intermittent steps and struggles necessary to reach said goal are often cast aside by family. You come home and are now perceived as this snobbish, think-you-know-it-all person who acts as if they are ten levels above everyone else. 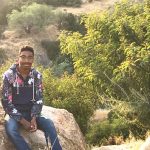 But, thankfully, that’s not the case most of the time. Fundamentally, I haven’t changed. Sure, some of my mannerisms, things I say, and the way I carry myself have; but deep down I’m the same Nick who stutters when talking in public and loves to watch airplanes zooming across the sky. The ways I think about the world and what people say has changed fundamentally. It’s a weird dynamic. A subtle reminder of why I decided to go 2,000 miles away from home in the first place. But, if this is just one of those intermittent struggles every first-gen kid faces on their quest to change the world, then I’m all for it.