New to campus? Like music but can’t afford or don’t want to buy into mainstream festivals? Welp, Nochella is just for you! Let me explain a little background.

SO WHAT IS NOCHELLA ANYWAY?

The Nochella Music Festival was created by the Pomona Events Committee (PEC)  which is under the Live Arts Committee that plans concerts and performances, in collaboration with Pomona’s campus radio station, KSPC. Nochella acts as an alternative to the larger, more expensive music festivals. Thus, as should already be assumed, this festival is totally FREE! Also, food is supplied.

The festival was birthed from the need for an open concert and aims to highlight artists who are often marginalized by the mainstream music industry. Thus, it features a wide variety of music genres from electronic dance to alternative hip-hop. The concert takes place at various places each year. However, most often, it’s at Walker Beach (in a field by Walker Lounge and Walker Wall), but it was at the Sontag Greek Theatre this past spring. 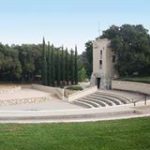 I personally love how free and exciting everything is. You can of course crowd the stage like most people, but at Sontag you’re able to sit down and relax while listening to the music. The intensity of how people listen and react to the music is exciting. Standing in the middle of the seemingly endless pool of people (while only being maybe a thousand) can be overwhelming, yet incredibly enjoyable. The performances by students and former students is amazing, then the headliner is always an amazing, underrated talent.

In the past, we’ve had many great headlining artists. At the 6th Annual Festival (March 31, 2016), at Walker Beach, the headlining artist was Isaiah Rashad! That is crazy because Rashad is not only a rapper, he is label mates (Top Dawg Entertainment) with ScHoolboy Q and the illustrious Kendrick Lamar (aka K.Dot). Thus, you can assume that his music was very authentic and tells narratives of shared problems. At the time, his album Cilvia Demo had come out. But, not only that, we had some local/student/faculty bands like Dent May, Bobby Bradford, Jade Moon, The Groans, Dancing Girls (student band), Table Manners (student DJs), and the event was partnered with KSPC. 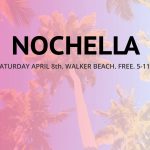 At the 7th Annual Festival (April 8, 2017), which was also at Walker Beach, the headlining artist was Chicago-based artist Noname. She is into poetry and spoken word, which she brings into her rapping and only boosts her lyricism. She was featured on Chance the Rapper’s Coloring Book and has collaborated with many other great talents. Then there was Nafets, Kohinoorgasm, Emeka, and Goldwash.

More recently, the 8th Annual Nochella Music Festival (March 30, 2018) was at the Sontag Greek Theatre. The headliner was Chicago-based soul singer/songwriter Jamila Woods. She’s made her song “LSD” with Chance the Rapper. She merges rock, hip-hop and soul with her music. The 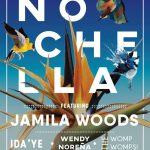 Now, here we are, getting ready to begin the 2018-2019 school year! It’s only the beginning. The PEC is planning the 9th Annual Nochella Music Festival, and I’m assuming it’ll be the time of our lives.

P.S. Nochella is unorthodox at its core because the festival also stands for the students and highlights safety concerns. Our policies often are tagged with “CONSENT IS ABSOLUTELY MANDATORY! You will be asked to leave if you’re making others feel uncomfortable. Please respect each other and the space. The event hosts will be wearing green glow sticks around their necks if you need anything.”