It feels weird and, to be perfectly honest, sort of pretentious. When introducing myself on campus, I constantly find myself adding “But I took a gap year!” to almost every conversation. I am a first year. But, at the same time, I’m not; I lived in Ecuador for seven months before landing at Pomona, stretching my comfort zone in a year outside the traditional classroom. Now, reflecting on what I deem a successful first semester, I have my gap year to thank for many of my current habits and skills. 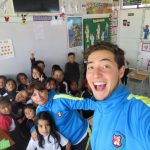 After only completing the minimum foreign language requirement at my high school, I became complacent with being that American who could only speak English. To be perfectly honest, high school me probably wouldn’t have garnered the energy to continue studying Spanish beyond the minimum language requirement here at Pomona. Building relationships, experiencing a new culture, and making mistakes, all through a Spanish lens, pushed me to continue my Spanish studies. College me started out my first semester testing out of the Spanish grammar classes and skipping straight to the survey Spanish literature course. In one of my favorite classes last semester, I connected with an exuberant and enthralling profesora whom I couldn’t help but take another class with this semester. Through experience and academic study, I discovered a new passion that I plan on pursuing in the years to come! Also, I have started forming personal relationships with dining hall staff through our shared language, expanding my definition of my Pomona community. I can tell you that Elena’s in-laws moved in, creating lots of extra work in the house. I can also tell you that Teo’s kids are graduating college soon with technical science degrees; to say he’s a proud father would be an understatement. I make mistakes sometimes: big deal! The larger community at Pomona cares about fostering a fun and safe learning environment where failure provides learning opportunities.

If you had told me two years ago that I would be fluent in Spanish, I might have raised an eyebrow, but if you’d told me I would be a Head Baker at Claremont Challah for Hunger, I would have called you crazy. Little did I know that, on my gap year, I would get roped into baking artisanal vegan bread in the middle of Northern Ecuador. Creating a final product that both looked and tasted amazing opened a whole world of possibilities in the kitchen that I couldn’t help but pursue in college. There’s no way I could have stepped up to make the dough for 140+ loaves of Challah weekly here at Pomona had I not meticulously (yet efficiently!) mixed large quantities of ingredients in Ecuador. Every Wednesday, as I leave the back of Frary dining hall with my hands still smelling like sweet yeast, a sense of accomplishment and joy radiate from my flour-dusted clothes.

“But, Danny. Tell me: how did you really change?” The hardest question to answer about my gap year often feels like the most important. I left the Bay Area after high school and returned to the Bay Area before starting college without many physical changes: no impulsive tattoos (like some of my friends), no “gap year fifteens” hanging around my waist. However, I had explored many facets of my personality for the first time. I had no idea there was an introverted under layer to my theater-loving-schmoozing high school self. Danny could spend time by himself! Danny could set and achieve his own empirical goals that weren’t tied to the first four letters of the alphabet. Danny wasn’t as afraid of failing as he had thought he was. 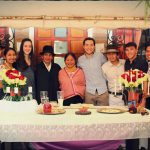 It’s easy to point to tangible improvements I acquired throughout my gap year. While Spanish fluency and baking skills may be the newest tools in my toolbox, more importantly the ways in which I wield the tools changed. Had I moved directly from high school to college, I would subconsciously be attempting to replicate my high school hobbies and mentalities in a space that offers so much more. Shattering my routine through my gap year, I learned that some of the most rewarding moments and experiences derive from the unexpected and uncomfortable. Institutionally, Pomona encourages academic freedom; so why wait to break free from the traditional classroom until after you run through the gates? The world is waiting.