This is a meditation on the roots of my entrepreneurship and what I aim to accomplish by creating a new brand.

I’ve always been interested in researching the history of African countries. During a really radical stage in my life, I did extensive research on Ancient Kemet, or Egypt. There are many modern scholars like W. E. B. Du Bois, Chancellor Williams, and Cheikh Anta Diop, who have published scholarship on the Black Ancient Egyptian society. The Journal of African Civilizations, which is frequently criticized, has continually advocated that Egypt is a Black civilization. My many other interests in Black entrepreneurship and my habit of always following the Forbes list sparked my drive to finally create my own business. 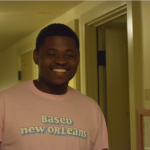 It all began one summer in my hometown of New Orleans when I would go buy blank t-shirts from Amazon or Walmart. Then, I would screen-print my design from my friend’s printer. I’ve always been a creative, artistic kid; I just never was allowed to explore my potential. Thus, in my senior year of high school, I decided to create a brand as my first taste of business and hopefully look toward a bright future in the private sector. Along with a friend from my high school named Colin, my plan started by collaborating with Based New Orleans, a skateboard clothing brand.

My aim with my own brand, KingPharaoh, is to reclaim the clothing industry we so love. In my philosophy, I think the world today revolves around humans, especially teens, falling into cliché fashion trends and “popular” trends now. We’re like robots. 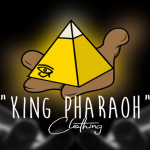 The movement I embrace pushes us forward in time: in learning, creating, and navigating this world around us. We need more creativity, not more limits. My aim is to become more of an expression rather than an explanation. What makes my idea and products unique is that no one has ever seen or done anything like this before. I plan to produce ideas, products, and missions to transform the conditioned mindsets of the masses. A lot of people are afraid to do what I’m not afraid to do in fashion, so I think the fashion world really needs me right now.

Even the late rapper Lil Peep commented on this in an interview with GQ, “‘If you could [expletive] up one thing in the fashion world what would it be?’ I would bring more culture from people who have less money into the fashion world. Less upper-class and elegant and throw some grit in there…I would bring people who have a different perspective into the world—like me.” Also, Ellington Bramwell has been an influence in Claremont. In the article on him in The Student Life, “Bramwell says he is not monetarily motivated, but rather hopes to expand upon his collection of artistic content and make art more accessible to everyone. ‘I hope for it to be a hub of collaboration married with community engagement,’ Bramwell said.”

With the recent death of rapper, Nipsey Hussle, I see a need in my community. There is a loss of self-determination. Bringing this back around to where I started, when researching Ancient Kemet, by the 25th Dynasty, they were going through this same lost sense of determination. However, they recovered with the culture of the Kushite kings who conquered Egypt in the late eighth century B.C. Their fashion sense was crazy and still influences society to this day.

If we look at Hussle’s business ideology and the importance of creating content, we can learn something. During an interview with Mass Appeal, he said, “As an artist, there’s a business model that exists in the music industry to prevent you from having ownership, to prevent you from being a partner in the lion’s share of the profit. The value is created in content, so when I think of us as hip-hop artists, we create content, but we don’t have a wide product line.”

My business is just another reminder to me and other students that Pomona is breeding creators and the leaders of the future. I chose to come here because of the resources and prestigious courses available. With things like Pomona Ventures, a group that works to support student entrepreneurs and advance entrepreneurial spirit at Pomona College, I aim to learn as much as I can from Pomona before I graduate.