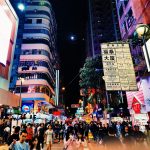 In the fall semester of 2018, I studied abroad in Hong Kong through Syracuse University and their partnership with the City University of Hong Kong’s SCOPE (School of Continuing and Professional Education) program. Through this program, I spent much of my time with the fellow participants of the Syracuse & SCOPE joint-program: I lived with them in the same apartment complex, commuted to and from school with them, studied with them, and hung out with them. They were all very great, and I am beyond thankful that I was able to bond with so many new people from Syracuse and other American colleges so quickly. 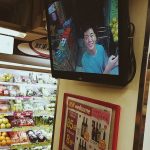 However, for each moment that I spent with these people, there was not much of an opportunity to interact with the local students of CityU. I was curious as to how different American college students could be from Hong Kong college students. With that in mind, I was determined to reach out to some of the Hong Kong students at CityU—even if we did not have any classes together. I signed up to be an English Learning Mentoring Scheme (ELMS) leader. Through the ELMS, I was in charge of hosting get-togethers for local CityU students to engage with them through English conversation. During these meetings, I usually took them out for boba or other Hong Kong desserts near the university. Through this, I was able to immerse myself in the culture of a local Hong Kong student. Neither of the two students I hosted had visited the US, and when I talked to them about my upbringing in the South, they were all astonished. Sure, despite the fact that their English is proficient enough to engage in a detailed conversation about food, they have yet to understand how good Southern barbecue is.

When conversing with my small group, I was given the opportunity to take a deeper dive into what authentic Hong Kong life is like. I learned why some of them decided to go to CityU. For example, one of my mentees, Tina, decided to pick CityU over Hong Kong University due to its larger financial aid package even when it meant that she would have to commute on the subway station for an hour longer each way. I learned that many families of at least 4 people live in apartments even smaller than the one I shared with just my two suitemates from the program. For example, another one of my mentees, Ricky, shares a room and a bed with his brother as his family lives in a two-room apartment. Hong Kong has one of the highest costs of living space in the entire world, and much of a regular family’s income usually goes straight towards rent. Finding an affordable home in Hong Kong is much more difficult than finding a home in suburban North Carolina, which is where I am from. 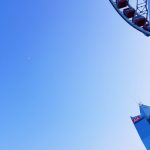 In addition to hearing about our differences, I also learned that we have the same similarities as young adults in the modern world. Ricky loves basketball, and we have friendly debates as we are fans of rival teams. He is a Warriors fan while I am a Lakers fan, so it was fun to poke at him when the Lakers beat the Warriors twice during the preseason, but now that the Lakers are out of playoff contention, I’m sure that Ricky is laughing at me now. I also learned that Tina loved watching the hit Korean drama “Secret Healer,” which was a show that I watched as well! It turns out that she watched it with the help of Chinese subtitles while I watched it with the help of English subtitles. We discussed our shared sympathy with Yeon-hee as she was forced to remain isolated and away from everyone due to a curse she was given at birth by a shaman’s black magic.

Though these meetings were considered “mentorships,” I did not feel like I was giving them any sort of guidance at all … in a good way. Whenever I spoke with them, I naturally found myself being able to be a genuine version of myself and to talk about things we all have in common. This was one of the most enjoyable things I encountered during my time at CityU and in Hong Kong. When these meetings came to an end, we promised that we would keep in touch and that we’ll try to meet up again in the future if I found myself in Hong Kong, or if they found themselves in the United States.

When I just wanted to meet local university students, I gained two new friends when I least expected it. Studying abroad allows one to safely take a step out of one’s comfort zone in a rewarding way, and it is something that I recommend to every student at Pomona.