When I was a young child, my mom taught me my address, one of the first pieces of information I ever memorized. If you put this address into a GPS, it would lead you to an old farmstead in the countryside in Linwood, Kansas, on a sprawling 40 acres of fields where I spent my childhood roaming around. Linwood itself is 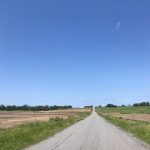 a small town of 400 people, and surrounding the town is countryside where houses like mine are located. Some people talk about one-stoplight towns; Linwood is a no-stoplight town. As the Wikipedia page puts it, “Linwood’s sole commercial business is a gas station.” Still, the town has an elementary school that my siblings and I attended, baseball fields where we played little league, and a library we would sometimes walk to after school.

People in Claremont obviously aren’t familiar with the intricacies of small-town Kansas, but even people in Kansas never knew that Linwood existed. When I told friends from the college town of Lawrence, home to the University of Kansas and located just 10 miles from Linwood, that I was from there, they would frown in confusion before saying, “Never heard of it.” That’s why it didn’t feel real when, the afternoon after my first day of summer research in Professor Liu’s biochemistry lab at Pomona, I opened a Snapchat message from a high school friends’ group chat. “Linwood got hit badly,” the message said. I had been home only two days before, and it had rained that whole week. I assumed they were talking about a bad thunderstorm, maybe some downed limbs. “What happened?” I typed, and my heart dropped when I got the answer: “Tornado.”

The next few hours were a frenzy of calling family and friends and scouring the Internet for information. An EF4 tornado, a whopping one mile wide, had touched down between Lawrence and Kansas City. The place it touched down? Linwood, my tiny, once-invisible town that suddenly everyone knew about. My mind spun as the town that I had spent years telling people existed was suddenly on the front page of every Kansas City news website. “Tornado that obliterated Linwood, Kansas, was mile-wide EF4 twister with top winds of 170 mph,” one AccuWeather report read. Beneath news about the Women’s World Cup, a bar on my Twitter discover page read, “Trending in USA: Linwood.” Ironically, my town had been put on the map by the very fact that it was almost wiped off of it. I sat in my Smiley dorm room, looking out at the Smith Campus Center, barely able to believe it. Halfway across the country, I felt helpless. I wished more than anything that I could be back home, helping friends and neighbors rebuild and offering my support. 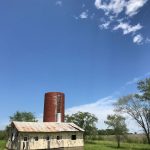 Coincidentally, two years ago, I was in the exact opposite situation: sitting in my bedroom in Linwood as a recently graduated high school senior, I sent in my housing form to Pomona and ranked my Orientation Adventure choices as I anxiously yet excitedly counted down the days until I would be in Claremont. With college, I saw an opportunity to get out of the countryside and experience the world in a new way. For this reason, I had applied to schools mostly outside of the Midwest, and I jumped at the chance to live in California, attend Pomona, and make my second home in a metro area with a population that is 30,000 times bigger than Linwood’s.

The first weeks of school, I was mind-boggled. I had grown up not far from Kansas City, so I was no stranger to cities in general, but actually living outside of the countryside was new to me. I distinctly remember sitting at Frank Dining Hall in the first days of orientation and remarking to the students in my hall, “Wow, I’ve never lived in a city before.” A student from Hong Kong looked at me in confusion. “This isn’t a city,” he said. But to me, it was – there were sidewalks, and I could walk for five minutes and mail a letter, get boba, or go to the farmer’s market. At home, I could walk for five minutes and still be in my own yard. Maybe “city” is all about perspective.

I loved the new experiences that came with this perspective: the ability to take the MetroLink into LA and visit a world-class museum on the weekend, the sunset views from the San Gabriel Mountains, the friends that I made from around the country and around the world. These were things that I could never get in the country, and I relished every one of them. However, leaving rural Kansas also made me realize the things that I had overlooked during my 18 years there, things that had become so natural that I didn’t even realize I would miss them until I actually left. 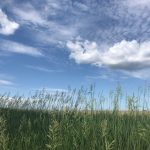 Before leaving, I had looked at the fields around my house and seen them as a sign that I needed to leave and see more of the world than soybean fields alternated with corn fields. In Claremont, though, I found myself missing those fields, sometimes frustrated that there was too much concrete, not enough open space, and a feeling that I was never alone. At home, there was a quiet solitude to an early morning run with the sun rising over the fields and no one awake except me and the neighbors’ horses. In Claremont, I traded that solitude for the ability to take a late-night Uber to In & Out. Of course, there are pros and cons to both situations, but the unexpected bright side to leaving Kansas is that it showed me all the things that I never knew I loved about Kansas until I left.

Being a rural student at a suburban or urban college is an interesting experience. On the one hand, the opportunities and experiences I’ve had at Pomona make me constantly grateful that I stepped out of my comfort zone and came to California. On the other hand, it can sometimes feel like every day I spend at Pomona takes me, metaphorically, farther away from home, especially if I don’t plan to live in my town full-time again. It’s hard to shake the feeling of sadness and anxiety that being at Pomona means I’m leaving my home behind.

At that moment this summer, sitting in my dorm room and looking out over campus as I frantically refreshed social media in hopes of finding more information about the tornado – it was a mile wide and wrapped in rain; a tornado this powerful had not hit Kansas City since 2004; debris from Linwood had stopped flights from taking off at Kansas City International Airport, 40 miles away – I missed home acutely. It was a rare experience to cope with the very real fear that, for the few hours before more detailed reports came out, I actually thought that my hometown might have been quite literally wiped off the map. That thought was both terrifying and incredibly hard to process. I had spent my whole life promising myself that I would “get out of Linwood” and go experience the big city. Now, I wanted nothing more than to go home.

I decided to visit home the weekend after the tornado; I couldn’t stand feeling confused and helpless. As my dad drove me home from the airport, even as we drove past the piles of tree limbs, wood, and scrap metals lining the sides of my road and looming through the darkness like props in a post-apocalyptic movie, I suddenly felt these anxieties lift. I talked to neighbors, longtime friends, and family, and I was struck by the resilient spirit of my hometown. Linwood had just been hit by a massive, incredibly destructive tornado, and there were staggering amounts of rebuilding and cleanup to do, but the community was more than willing to pitch in to do it. Even in the wake of a massive natural disaster, I saw kindness, positivity, and selflessness abound. 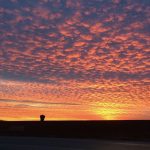 I knew that my fears about leaving my hometown behind were largely unfounded. Coming to Pomona has changed my life completely, and I have no idea where it will take me next. Maybe I won’t ever live in Linwood again. Who can say? I do know one thing, though: Linwood, and that address that my mom made me memorize as a child, will always be my home.