It was a 47-minute car ride from my house to Pomona College on Move-In Day, August 25th, 2018. I drove down the 60 freeway with a car full of family, luggage, and Frank Ocean’s nostalgic tunes. As the familiar melodies of Ivy and Nights boomed through my speakers, I almost cried as Frank beautifully sang “we’ll never be those kids again” because it was true, I was in the midst of a transformation into a different me, one with higher intellectual vitality and possibly a few more inches on my height. I was going to be bigger and better, a giant compared to my former self because the institution I was heading to was Pomona.

Like many of you, I did a lot of reflecting before my arrival, on my past self, my vices, my successes, the times I’ve been happy out of my mind, and the times I was bedridden for days. I am promising you right here and now: all of that and more is coming. Problems in your past are going to be fixed simply by the nature of the environment, but new challenges that will introduce themselves in unique and perplexing ways will find you in these next four years.

The first few weeks at Pomona are especially exhilarating, with plenty of that excitement remaining through the year. Even now, heading into my second year at Pomona College, I have been overwhelmingly eager to go back. However it is important to understand that all of you, like I did, will stagger in one way or another as you navigate, not only Pomona’s campus, but The Claremont Colleges as a whole. I would love to detail a perfect guide for every possible student that walks (or runs) through the gates when they arrive, but that’s not within my power. A huge bombardment of information about all sorts of tips and tricks are given to newcomers, so if this article isn’t for you, your time is coming, I promise. Nonetheless, I’ve accumulated invaluable wisdom and knowledge in my first year at Pomona that I am pleased to share, especially with incoming Black students.

One of Pomona’s leading boasts is its diversity. In fact, it’s one of the most diverse schools in the world, as stated by many credible sources. According to Pomona College’s Pomona Student Body Statistics, the Black population at Pomona is around 10%, 6 percent higher than the University of California system which only enrolled around 4% of Black students. This is a great statistic, but the experience on campus is far different than that on paper.

In my life, I have been to three schools, each either Black or Latino. My entire life, I had become accustomed to the way other Black and Latino people talked, walked, ate, dressed, and just lived. Arriving to Pomona on Move-In Day, I was exposed to a sea of White like I had never seen before. At no time in my life would I imagine so many Caucasians in one place. That overwhelming feeling of anxiety from being a minority on campus never really leaves, and while The Claremont Colleges are very liberal, you are not free from the hands of prejudice. You are allowed so many freedoms at Pomona, many of which are largely unknown to most of you right now, but glimpses of systemic oppression are still alive and well, wherever in the world.

I will give Pomona props and say that this campus is largely free of blatantly hateful and ignorant rhetoric. Just about everyone is very mindful and willing to adjust to making college the best experience for everyone. However, as a Black person on campus you are highlighted no matter where you go, and it often shows in the make-up of academic classes. Far too many times have I and other friends voiced frustrations that classes just don’t have enough Black bodies. 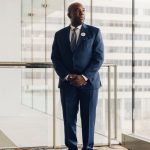 To give you the perfect example, look no further than this New York Times article on one of my favorite Pomona professors, Edray Goins.

A man with a PhD in Mathematics, Professor Goins is a part of the 1% of African-Americans who hold a PhD in the field of Mathematics. He, like many other Black POC heading into fields with low Black populations, are working from a deficit. A visible lack of cultural familiarity in the workplace and classroom due to minuscule diversity. The luxury to have a plethora of other Black people to turn to for help or guidance will not be found at Pomona—hints of it are definitely there, but it has not been fully realized. I’ve had friends who’ve dropped classes because the other White and Asian students in the class had learned similar material in the past, be it in a Computer Science class, Linear Algebra, etc. Since that friend didn’t have the resources to also get a foundation on the class material beforehand, he fell behind and inevitably had to drop that class. The lack of resources in one’s life before college isn’t necessarily unique to the Black struggle, but it definitely is an aspect of it that many of you will face coming to an elite institution. You will have Black mentors, especially if you enroll in the OBSA (Office of Black Student Affairs) Mentorship Program, but the choices for mentorship will not be vast, and you won’t find a Black mentor for every aspect of college life. As grim as that sounds don’t fret; even if it isn’t sponsored by Pomona or The Claremont Colleges, you will cultivate your own community.

The best part about college is the people. I know that sounds like a generic answer to the hypothetical “What is your favorite thing about college?”, but it’s true for me. No matter where you are on campus, you will encounter a rich flavor of the Black population in Claremont. Even beyond the first/second generation immigrants like myself, with either them or their parents coming directly from the continent (in my experience we make up most of Pomona’s Black population), we have international students from African nations like Kenya or Ghana, people from Chicago and New York, people from the Carribean, the Arab world, etc.

Pivoting to me to provide context, I was born in Lagos, Nigeria, my father was a priest and my mother a sister with the Catholic Church. It is not a wild guess to assume I was raised, like many Black children, in a very religious household. But as so many aspects of Nigerian culture are different from American culture, even my religious life was supremely different from your standard American Christian household. I won’t get too much into details, but I went to Igbo churches (my family belongs to the Igbo tribe in Nigeria) on the streets of Downtown LA, incorporating the Igbo language into sermons, aunts and uncles (who are really elder people that I respect regardless of blood) coming in their traditional wear, Nigerian food vendors ready to sell to those same aunts and uncles after church, and a vibrant Nigerian energy that was far different from any regular White church. This is but one aspect over which I can only really bond with other Black people who hail from the African Diaspora.

Being able to instantly connect with Black people anywhere from the Diaspora at The Claremont Colleges, with Pomona in particular having the highest concentration of Black POC, was a euphoric feeling. My roommate, who is Jamaican, became one of my best friends from day one. I have more genuine friendships now than ever before in my life. I can meet you for the first time, hear your name is Diala or Selasi, and immediately embrace you. That is not only how I am, but applies to most Black people at The Claremont Colleges. We naturally like one another and form bonds that last lifetimes. It’s exactly why I was able to overcome my imposter syndrome, a reaction induced from my lack of familiarity on campus, and allowed me to endure the journey of college life thus far. You might not be so fortunate to find friendship early on or even care for it; I understand that everyone’s experience will vary wildly in college. But if you want it, there is a strong, almost otherworldly base for that to happen on this campus, and we’ve yet to discuss the sponsored school programs made to cultivate a stronger Blaremont community.

While there are also programs in place to help create a sense of belonging as a Black student at The Claremont Colleges, they are effective but still lacking. The Office of Black Student Affairs is the overarching initiative to cater to Black POC at the Claremont Colleges. Their mentorship program, which I’ll be a mentor for and highly recommend applying to, is a great program spearheaded by Dean Lydia. Designed to expand on the idea of a greater Black community in Claremont, it gives Black first-years a mentor who is most compatible for them. I was a mentee last year, and, while it was good in the beginning of the year, camping in the mountains with other mentees and mentors, chilling at the OBSA house (yes we have a house that you can utilize), the program quickly died down as people got busy throughout the year. It’s a great resource that informs you of nearby barbershops, Black-owned businesses, internship opportunities, etc., but the mentorship program should be expanded to offer more to mentees.

There are many other miscellaneous tidbits that I would like to share, but, unfortunately, my time here is ending so I’ll conclude with these. BLOC, Building Leaders on Campus, is a 5C (the five Claremont Colleges) club for POC men on campus. Although there have been some stumbles and troubles in the past, the current men in BLOC are good people and are re-building the organization. I have nothing negative to say about our Pomona Black Student Union; they are always great at stimulating discussions (such as around colorism), hosting many events, and giving out lots of free food. The party scene in Claremont isn’t super active unless you’re a fan of EDM, which is everywhere, so look out for functions hosted by Pitzer or POC organizations. Those are usually the better ones. Harwood was pretty much the main Black first-year dorm last year, so we’ll see if that remains the same. Finally, Mudd has the best dining hall. Okay that’ll be it for me.

Hopefully I’ve further educated you and you are coming into our institution more prepared. Again, your experiences will vary drastically, but I thought it important to write this. I care deeply about the Black community in Claremont and would like to further our solidarity. On a campus like ours that’s so Western-focused, requiring us to adapt in order to appeal to certain groups, we should also appeal to ourselves, and appreciate the beautiful cultures across our diaspora. Congratulations, and welcome Pomona College Class of 2023. I cannot wait to meet every single one of you.