Pomona’s lack of name recognition is a bit of a running gag at the Claremont Colleges. Students love to joke about how their friends think they go to “Paloma,” “Panama,” or “Pavlova” College. We can point at the Forbes 2015 Best Colleges #1 ranking all we want, but Harvard we are not. 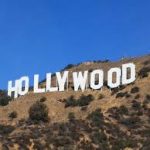 Now imagine what “Pomona College” means to a 14-year old Belgian kid who’s stepped foot in the United States exactly once. Perhaps unsurprisingly, I was quite skeptical when I accepted my counselor’s recommendation to apply. I likely wouldn’t have bothered to spend the $70 application fee on a school whose name seemed closer to a Nigella Lawson desert than to an academic institution, but my counselor cleverly mentioned that “it was right in Los Angeles.” That got me. It was raining that day (as it does more than half the time in Belgium), I’d been fighting a cold for over a month, and the one Starbucks in Antwerp was closed for renovation. Los Angeles seemed pretty good to me right about then. I imagined lush palm trees, the Hollywood sign, celebrities and glamour, and an accessible way to get a double mocha frap. So I sent in my (in hindsight painfully embarrassing) essay and hoped for the best.

Eight months later I was on a 13-hour flight to LAX, barely able to contain my excitement. Then I was in a three-hour traffic jam from LAX to Claremont. Not a great start, but my enthusiasm was hard to temper. Claremont, however, certainly tempered it. I learned that the “downtown” is called The Village–not exactly what my big-city dreams consisted of. In the following weeks, I would also come to understand that Claremont is not in Los Angeles, that LA itself is impossible to get around by using public transport, and that it upset basically every preconception I had about a major city. Los Angeles is an absurd place that seemingly banned every urban planner from coming within a 100-mile radius of its downtown. Nothing about it makes sense. Why is everything so spread out? Why are there single-story homes in the middle of its downtown? What’s the deal with all the strip malls?

I was initially pretty unhappy in Los Angeles. It took me about a year to appreciate the city (and the strip malls still freak me out), but now I sneer when people say they’d rather be in New York. Los Angeles, more than any other city I know, is both exceedingly egalitarian and dreadfully unequal. The city embodies the idea of the American melting pot, while at the same time remaining dramatically stratified on the basis of race, income, and education. It is a city of contradictions, and as such it’s as difficult a place to love as it is one to hate. 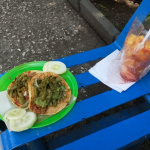 LA has given me a lot. I’ve had some of the best meals of my life here, all for under $15. Incredible tacos, fiery tteokbokki and kimchi-jjigae, nourishing pho and khachapuri–Los Angeles’ culinary scene is possibly the most exciting in the nation, and, unlike many other metropoles, it remains largely affordable. Many of the city’s greatest attractions are similarly inexpensive. The parks, beaches, and mountains are all freely accessible, a luxury that I too often take for granted. There are incredible hikes just 30 minutes from campus, and reaching tropical beaches doesn’t take much longer. 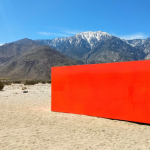 Los Angeles is home to some world-class museums that are either highly affordable or entirely free (shoutout to Eli Broad!), as well as to a gallery scene composed of an exciting mix of established names and dynamic newcomers. We see three large zine fairs per year, and three massive art fairs (even Frieze made its way here). The city’s perhaps not quite the insomniac that New York is, but there is always something happening.

On the flip side, Los Angeles sees unbelievable inequality within its borders. The homeless population is ever-increasing, and the city’s response has been too little too late. Rent prices are skyrocketing, driving ever more people out to the suburbs (and to the suburbs’ suburbs), and the city’s lack of reliable public transportation means that all these people add on to an already congested freeway system. A lot of former working-class neighborhoods have been gentrified beyond recognition, and living here entails a strange complicity in a system of gentrification and displacement. While a lot of museums and events are free, they are often unwelcoming or inaccessible to a large share of the city’s residents. Poverty is completely absent from certain neighborhoods, courtesy of an overly active police force that herds the homeless away from affluent homes and toward desolate Skid Row. Driving down Third Street from Downtown to Beverly Hills, it can be hard to believe these disparate neighborhoods are all part of one whole. 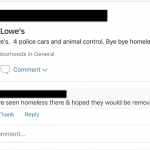 It can be easy to remain rooted in Claremont during your time here, but doing so would be a disservice to yourself. Take the Metrolink into the city, not only to enjoy what it has to offer but also to get a look at the challenges we all should be thinking about solving. Pomona and Claremont as a whole have taken steps to distance themselves from the real world (Claremont’s Nextdoor is really a gem), which reinforces the “bubble” effect many of us hear about when we first come to campus, and leads to some residents adopting frankly abhorrent attitudes towards the less fortunate. The College can be a powerful force for change, and has spawned a variety of initiatives to enact progress. Twenty-five percent of Pomona’s class of 2022 were first-generation or low income students, but it remains a school where 67% of the students come from the top 20%,  and where the median household income is more than $166,000. At an institution like this, it is important that we don’t lull ourselves into believing the world consists only of places like Claremont. Go into Los Angeles, benefit from the world-class restaurants, stunning beaches, and impressive museums, but remain aware of the startling inequality that lies at the root of this city. Most importantly, don’t make my mistake–Claremont is not Los Angeles.