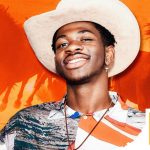 We’ve all heard that song on the radio, “I’m gonna take my horse to the Old Town Road…”.  It was a nonstop hit for months and rightfully so. Lil Nas X is becoming a defining voice in country music, especially in a genre dominated by white artists. He has consistently remained on the Billboard charts even in the face of their initial ruling about him not “embracing enough elements of today’s country music.” He is setting up a new genre for himself, country trap, which combines elements of country music with elements of hip hop. He has an eccentric personality, and we often find him interacting with many of his fans on social media. Even before his rise to fame, Nas garnered quite a bit of popularity on Twitter: first as a Nicki Minaj fan account, next as a comedian whose posts resonated with millions of users. After he teased his debut EP,  I was excited to see where he will take his career next. 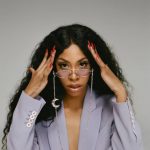 Like Lil Nas X, Rico Nasty maintains a strong relationship with her fan base and is often seen laughing with them or at them. There are few women who have been able to find mainstream popularity in the genre of rap. Lately, though, that seems to be changing. With upcoming artists like Megan Thee Stallion, City Girls, Tierra Whack, and Saweetie, rap is making a complete 180o from what is was maybe two decades ago. Enter Rico Nasty. With her hard-hitting rhymes and her bubbling personality, Rico Nasty is slowly becoming a household name in rap.

So, what happens when these two personalities meet? Even before widespread acclaim, Lil Nas X was an avid fan of Rico Nasty. He would consistently update his Twitter feed with artists he would hope to work with in the future. To his luck and his surprise, Rico seemed to love “Old Town Road.” Today, we find that these two have become an unlikely pairing, often seen together donning cowboy hats and spurred boots with bright smiles on each of their faces. Every day, we find that they gain more prominence amongst each of their respective fan bases and rightfully so. Within the upcoming months, I hope to see a collaboration between each of these dynamic artists, both of whom are making a last impact on hip hop today.