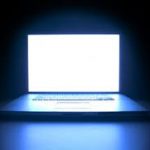 It has been almost a year since I gained acceptance to Pomona, but I still remember reading my acceptance letter as if it happened yesterday. I still remember the shriek of laughter from my English teacher that pierced the still night when she read the letter, my teary eyes as I stared blankly at the computer screen, and the several times I spent reading the letter again and again. In my mind, I could still not grasp the fact that I had gained a full scholarship to study at a prestigious American college. As someone who grew up in a rural area of Ghana and came from a family with no one who had been to college, I was not sure what to expect. I spent the days that followed worrying about whether I would fit in and whether I would thrive at Pomona. However, after now having spent nearly a year here, if I could go back and advise that boy staring at the screen that night, I would tell him: don’t worry because Pomona has a place for everyone despite their journey.

I would tell him not to be worried about finding a place. My first night here on campus I played a game with my roommate and his friends, and we had fun and laughed until midnight. I was surprised just how easily they welcomed me and made me feel at home. They were strangers I had just met that night, but we played as if we had known each other for a long time. 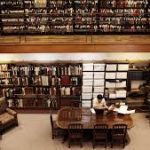 I would tell him to prepare to be challenged academically in a way he had never before experienced, but I would also tell him that whenever he feels overwhelmed, he will find several hands reaching out to support him. I will tell him that there are academic mentors willing and able to help him with his studies. Above all, I will tell him that there are people like Carolina De la Rosa Bustamante, the International Student Advisor and Paola Ruiz-Beas, the First-Year Dean, who are eager to listen to him and offer help whenever he needs it and that, when he needs it, he should just reach out for that help.

Lastly, I would tell him to wipe his tears, because he worked hard for this, and he deserves to enjoy every moment of it.