“How do you feel about Pomona and their response to the pandemic?”

After leaving campus mid-March, I got hit with this question a lot. In my last post, Icky Introductions, I mentioned how the people of Pomona are always open to change and open to making room for change. This statement is the foundation of my answer (keep in mind that this is my opinion and does not reflect the entire Pomona community. I will also note how “Pomona” refers to the students, staff, faculty, administration, and/or community members because Pomona the institution is nothing without its people).

I’m a positives-first type of person, so I’ll start with a list of good things Pomona did:

Now for the negative: 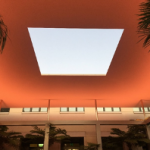 My work with admissions basically pays me to talk about what I love about Pomona and why (there’s a lot more to it than that, but that’s one way I put it). It’s a position where I’m allowed to be genuine when I interact with admitted/prospective students and their families (I’ll admit, this is a shameless plug to do work with admissions if you get the chance).

Part of my remote work includes Zoom chats with admitted or prospective students called Hens @ Home. A student once told me that lots of these zooms were surface level, and only the good things were mentioned. Part of this could’ve been because the main topic of the chat didn’t allow much room to deviate within the two-hour time slots. However, there was this one specific chat where we really talked about Pomona, flaws and all (we also talked about Ratatouille and Animal Crossing, so it wasn’t a session of pure defamation). In this specific Zoom, I mentioned everything stated in the lists above, and further explained why I believe trust was broken.

I’ll start by saying that I was ready to apply ED before I even visited campus. I knew that Pomona was the type of place I wanted to ~thrive~ at. After visiting campus through Fall POP (Perspectives on Pomona), a fly-in program for underrepresented students, my decision was reinforced. So, if you haven’t gotten the idea by now, I loved Pomona the way Anna did Hans, barely acquainted but fully invested (which works cuz then Hans breaks Anna’s heart). I’ll admit, that’s a rough jab to say Pomona broke my heart, but I’m not much of a sweet tooth. And, while I don’t hate a lot of things, I hate sugarcoating.

The administration broke trust by acting in ways that students and at least some faculty felt lacked transparency and fairness. For example, some countries had travel bans and some Pomona students couldn’t go home. These students could be some of the many that petitioned to stay on campus whose requests were denied (this is the negative side from the list). Students who later found out that parents were sent emails asking them not to house international students.

There weren’t explanations for these actions, instead we received emails that said something along the lines of, “we know it’s a tough time, but we have our students’ best interests in mind.” I can’t help but wonder, what’s “best interest” about closing doors of security the way they did for some international students?

Now, I was raised to consider how there’s always two sides to every story. I know everyone’s struggled during this time in quarantine. But, at the end of the day, I still don’t know the administration’s side of the story because of the lack of transparency when communicating. And I use “they/them/their” because I don’t know everyone’s identity. After every email, we had signed names from certain people or “staff and faculty,” but I couldn’t tell you who supported what.

I had professors who shared the same concerns with me; they knew something needed to change about the way things were being handled. To address this, they’d pause the lecture to open up the class to chat and be honest. By the end of the semester, all my professors made efforts to understand where their students were coming from. A few of them would share about their lives too!

In the last student forum, President Gabi Starr emphasized ‘re’ words: restart, refresh, recover. I’ll conclude by saying that I believe trust can be rebuilt between all the members of Pomona’s community. It starts with empathy, honesty, and accountability.