What are you studying in college? What do you want to be when you grow up? Those types of questions came flooding in during my senior year of high school, and I quickly learned it was easier to give a scripted answer than to reveal the honest truth that I simply didn’t know. To all my classmates who knew they wanted to be doctors or physical therapists or veterinarians, I am happy that you are set on your life path. However, I didn’t appreciate the immediate validation that they received for knowing what they wanted to do when there is much value to be gained in exploring different paths. (Can you tell that I go to a liberal arts school?)

Further contributing to this culture, college applications also ask students for their potential majors, areas of academic interest, or even a declaration of their major. I find it crazy that I’ve grown up in the same small town of 20,000 my entire life, and somehow, I’m supposed to have the worldly exposure to know exactly what I want to do.

As the month of May winds down, a final chunk of students is trickling in through the waitlist and posting their obligatory introduction posts in the Class of 2024 Facebook group. Invariably, the recipe for an introduction post is as follows: name, hometown, hobbies, some variation of “looking forward to meeting you all,” and, of course, their potential major(s). As a now rising sophomore (!), I wanted to share some nitty-gritty information about majors at Pomona. 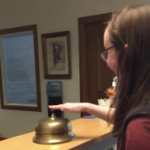 Majors change. Even though high school students list their areas of interest on their application, they become undeclared when they step on Pomona’s campus, and they cannot officially declare a major until the second semester of their first year. However, they have until the end of their second year to declare their major. The majority of first-years are undeclared going into sophomore year, as it is encouraged to spend the first year exploring different subjects and fulfilling the Breadth of Study requirements. It is quite common to develop new academic interests because of this exploration. Declaring a major looks like filling out a short form, getting the department chair’s signature, and going to the registrar’s office in Alexander Hall to ring the bell. This fun Pomona tradition is often documented by an accompanying peer. Please enjoy this grainy picture of my friend in this fine moment.

Advisors change. Depending on the major, your department might require that your advisor be in the same department as your major. However, when you first enter Pomona, your assigned “liberal arts advisor” is often in a completely different department than your academic areas of interest. Fortunately, changing advisors is as simple as filling out a form and getting the signature of the new advisor. This policy encourages students to get to know their professors and choose one who matches their interests and/or personality. An advisor is doubly important as they often become the person who guides students through their senior exercises. 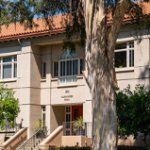 Majors are deep. All majors at Pomona require some sort of senior exercise, whether that be an oral examination, thesis, or other capstone experience. Liberal arts colleges are often known for emphasizing breadth rather than depth, especially when that comes to the rigor of their majors, but Pomona emphasizes both breadth and depth. For breadth, every major requires a set number of courses, but that can range from as few as 8 to as many as 16 courses. For depth, every major also requires a senior exercise, or culminating project/experience. The depth of each of our 48 majors, combined with Pomona students’ intellectual curiosity and desire to explore many different disciplines, can partially explain why only 10-15% choose to double major. Double majoring requires early and intentional planning as students must finish their Breadth of Study and Overlay requirements before they can officially declare a second major, which needs to be done before a student can register for senior seminar or senior thesis sections. Triple majors are not allowed, and only one minor is permitted if a student decides to double major.

The college experience is so much more than whatever you decide to study. A major might take up one-fourth to one-half of your courses, but you still have the flexibility to spend at least half of your courses taking whatever you desire. A major is also about the community you’re going to find and the mentorship you’ll receive from other students and professors in that field. It’s okay to not know exactly what you want to do, and there is so much value in the journey to discovering your academic path. To all those people who asked me what my future plans are, I’m exploring all the paths that are opening up to me during my time here, and I know that my education at Pomona will serve me in whatever I decide to do. Time to enjoy my last year of being undeclared!