When I read my admission letter to Pomona, the first person I thought of was my father. Born a few years before Ghana gained independence, he grew up in a society where education was seen as a tool for alienating children from their traditional values. His father refused to send him to school, but his mother enrolled him at a local school. His father agreed to allow him go to the school only on one condition: that he would not pay any of his school bills. His mother worked hard to pay for my father’s school bills until she died when he was in middle school. With no one left to pay his fees, he stopped schooling. 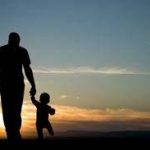 Throughout high school, my father was the reason I worked harder in my classes. He would always say, “Ebenezer, you have an opportunity I never had, so make use of it.” He would always tell me how he wanted to be a physician and how he wished he had made it to college. When he read my admission letter, he told me he was proud to see me achieve my dream. What  he did not know what that the dream was his and not mine. Throughout my time at Pomona, I have always kept a part of my father with me. Whatever I have done during my time here, I have imagined my father doing the same thing along with me. Whichever classes I have taken, I have imagined him sitting by my side. 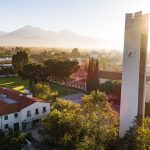 Coming to Pomona has been of the biggest accomplishments of my life, but I must admit it is my father’s accomplishment as much as it is mine because he gave me the tools he never had to work on his dream, and I am glad I was successful.