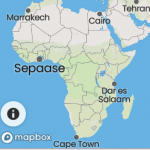 On paper, my roommate and I couldn’t be more different. He was raised in Connecticut, went to high school in Maine, and, like the quintessential American child, grew up watching superhero TV series like “Ben 10.” I, on the other hand, grew up in Sepaase, a small town in Ghana, a country in West Africa, going to farm. In simple words, we grew up worlds apart. The differences in our lives do not end there.

The first time I met George was a few weeks before we finally matriculated to Pomona. I received his address and email, and he also received mine. He was the first to reach out: “Hey! Tis me, George, your roommate.” In the days that followed, we communicated frequently through Messenger and established a connection. George was the first to move into our room, because of a delay in obtaining my visa, but he made the room a reflection of both him and me.

I finally joined him almost a month after he had moved in, and it was then that our differences became apparent. George liked to stay awake for most of the night, and never really went to bed earlier than midnight. I, on the other hand, liked to go to bed as early as 8 pm and wake up as early as 2 am or 3 am. However, whenever I wanted to go to bed early, George would leave the room and switch off the lights, and I would also sneak out discreetly whenever I woke up around 2 am to begin my daily activities. With time, however, we grew accustomed to each other, and we both made compromises whenever necessary to accommodate the idiosyncrasies of each other. 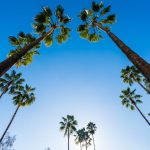 Our differences were not limited to our sleep schedules; they extended to what room temperature was optimal for each of us. George, who had lived in Maine, found the weather in California to be too arid for his liking, and he wanted a colder room. I, on the other hand, found the weather in California to be colder than what I was accustomed to in Ghana and wanted a warmer room. Once again, we found ourselves on extreme and opposite ends, and one of us had to make a compromise. George elected to compromise this time and agreed to allow me to turn off the air conditioner to make the room warmer. With time, I acclimated to the California weather, and we were able to turn on the air conditioner. 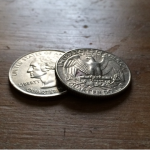 Despite our different backgrounds, George and I always found a way to live together and foster a great relationship. In many ways, we are like two sides of the same coin—we are different yet we are related through our shared living experiences here at Pomona.