The craziest time on campus isn’t during finals. It isn’t orientation or move-in day, either. No, the most hectic, overwhelming time at Pomona is class registration.

A few weeks prior to registration, the course catalog goes public. Everyone spends a whole afternoon fantasizing about their perfect schedule. However, most first-years and sophomores then spend another long afternoon re-scrolling through the course catalog to find three back-up classes for each first choice. When the big week of registration rolls around, each day is reserved for a different grade level to register for classes. If I had to name a soundtrack for that week, it would most likely be Fix You by Coldplay. Watching those classes fill up, seat by seat, in 15-minute increments, with nothing you can do about it … it all makes you feel so helpless. BUT, that doesn’t mean you can’t PERM in.

Contrary to popular belief, PERM (Please Engage Request of Mine?) isn’t an acronym. Rather, PERM stands for the first four letters of the phrase “Permission to request enrollment.” I shouldn’t admit this, but I honestly thought PERM was an acronym. On the other hand, I do know my way around navigating the often overwhelming process of sending in PERMs. Once a class fills up online, or the class uses grade-level (ex: “underclassmen only”) or college-specific restrictions (remember Pomona students can register for classes at any of the five Claremont Colleges), students are eligible to send in a PERM. In the length of one tweet, students state why they believe they should be allowed into the class. If only it were that easy. In my experience, half of the PERMs sent in are accepted with little to no effort on the student’s part. The other half—now that’s where the fun comes in. 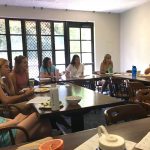 During the first week of classes, numbers shift around. Many students drop classes to add others, try new classes they end up dropping, or just don’t come to the first class meeting. So, it’s important to recognize that a seat will almost always open up, potentially with your name on it. In reality, many professors don’t even read the 250 character plea during registration week, holding off on dealing with PERMs until the first day of classes. With registration and the first day of classes two to four months apart (depending on the semester), patience is a virtue. The key to finding a seat in class: perseverance. 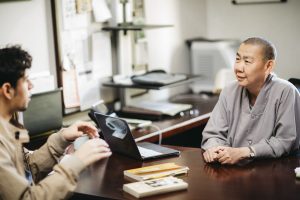 Often, students contact the professor through email or walk-in office hours to gain rapport, showing the professors that they really want that spot. This routine can also be hit and miss, but it can’t hurt. Some professors let people in off the order in which they submitted their PERMs (that’s why you can PERM even if your registration time hasn’t rolled around), so sweet talking them won’t work. It’s important to understand that professors are under no obligation to over-enroll their classes, so it helps to show the professor why you would be a great addition to the class. From previous college course work, to outside interests, I’ve been most successful when I can relate class subject matter to my outside interests and experiences. If professors give talks or make public appearances, show up! This dedication can push you over the edge, right into the class, in the end. Or, find a friend who’s already acquainted with the professor to put in a good word. Oh, but don’t be too overbearing … that’s just embarrassing. You’ll be able to feel out the sweet spot.

If you set yourself up right, the first day of class after a long winter or summer break can be a breeze. Most students who PERM don’t bother showing up to class, so even attending a class you’re not officially enrolled in shows dedication. Make sure to introduce yourself in person at the end or during a break, asking if there’s anything more to do. Odds are, if the professor hasn’t explicitly said they are accepting more students, you will get in.

Through following these trusty steps, an average of 75 percent of my PERMs have been accepted. And when my PERMs were denied, it wasn’t due to a lack of effort, but fixed rules and procedures (grade-level preference/major preference/college preference). The Claremont College registration system can be anxiety-inducing, but, in the end, it works. PERMing gives students an avenue to self-advocate and explain why they want or need a seat at the seminar table. When over 5,500 students attempt to register for classes that average out to 15 people each, it’s to be expected that some classes will be tough to get into. But don’t worry, there are 2,699 more classes where that one came from.

My mom’s advice for dating somehow fits rather well here: “Don’t worry, sweetie, if it doesn’t work out. Pick yourself up and move on. There will be another ___[class/boy]____ right around the corner.”