Home. For almost all of my life, home had been West Rogers Park, Chicago. It was where I attended my very first day of school, where I met new relatives and a baby sister, where I learned to ride a bike. In the spring of my first year in college, I officially moved with my family out of the city neighborhood where I grew up to a suburb in the Chicagoland area. Grabbing the last boxes of my stuff out of my now empty childhood home, I couldn’t help but feel a pit of sadness starting to form in my stomach. While roaming around the lonely house, memories rapidly flashed through my mind. As I started walking up the stairs to the bedrooms, the feeling of the smooth black staircase railing reminded me of my many odd childhood shenanigans. 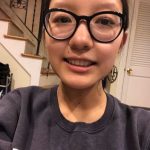 “SONAM, get off the rails!” my mother would yell as I dangerously climbed the outer ends of the staircase rails. Stories ingrained in the house’s walls would now go unnoticed and be replaced by a new family’s stories.

I took one last look at all the rooms and finally willed myself to shut the front door. As we drove through the neighborhood, I began to reminisce about the tales the familiar landmarks held. The street my brother and I always raced across–a race that would end in younger, over-competitive Sonam being annoyed at consistently losing. The public bus stop where I waited every single morning at 6 a.m. to get to my high school–a bus stop I despised during the harsh Chicago winters. I could no longer casually walk to the Howard & Western Shopping Center or impulsively run to the Morelia market to buy some pan dulce. Passing through West Rogers Park and its accompanying history, I felt as if I was closing as well as opening a new chapter of my life.

The heaviness in my heart at leaving my childhood home, as well as the flutter of excitement for a new environment, reminded me of the emotions my pre-pandemic college friends described to me about first moving into college. And while starting my first semester of college remotely didn’t spark the same sentiment, officially moving this spring has allowed me to empathize more with the college experience.

Even though the first definition of home in the Merriam-Webster Dictionary is “one’s place of residence,” I believe that a home is more social than locational. Sure, locations hold memories, but memories can be made anywhere. So, in a sense, you can have multiple homes, or your home can be anywhere as long as you have the right group of people around you. While I had to say goodbye to one home this spring, I hope to make a new home at Pomona when we all return to campus in the fall.