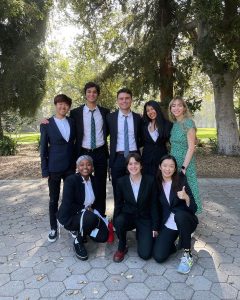 Have you ever taken part in something that has changed you radically? I have when I joined Pomona College Mock Trial in October. Little did I know that the day I was accepted into the club, I was about to find a family on campus. Yes, it sounds cliché, but Mock Trial is about so much more than collaborating in a pre-professional setting.

For those who don’t know what Mock Trial is (I didn’t either until I arrived on campus in the fall), it is an intercollegiate competition sponsored by the American Mock Trial Association, which creates a “mock” criminal or civil case each year. In the competitions, one college portrays the prosecution or plaintiff and the other represents the defense. Pomona College Mock Trial is a nationally competitive program that began as an undergraduate group in 2007. Every year, we place in the top half of the Regional bracket and make it to the first round of the National Championships. In this academic year, we placed 3rd in the AtypiCal Berkeley invitationals, and placed 7th in ORCS, the second round of the national tournament.

One of the most selective clubs on campus, Mock Trial has one of the most unusual audition processes. My favorite task required me to deliver a speech either prosecuting or defending a fictional figure. I chose Regina George (of Mean Girls) and prosecuted her for defamation, using the “burn book” as evidence. I was also asked to act and answer like a witness! Another popular audition was on Marlin from Nemo, and he was prosecuted for child endangerment. 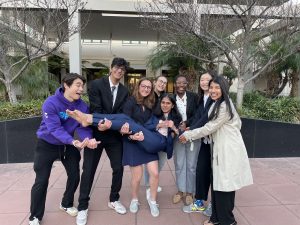 We’re a one-of-a-kind group for many reasons, but what I take the most pride in is that we are 100% student-run.  As a result, our team leaders and executive board members coach our team members. Our members make all of the decisions for our team, unlike most other collegiate teams in America who rely on a coaching staff of attorneys, professors, and professional Mock Trial coaches. We train our members how to speak properly, think on their feet, listen actively, and debate eloquently.

As a team, we take pride in how inclusive and diverse we are. We have always been dedicated to ensuring that people of all races, cultures, ethnicities, ages, sexual and gender orientations, and socioeconomic backgrounds have a strong representation and equal opportunity to join and participate. As an international student from India, I have always felt comfortable expressing my identity. 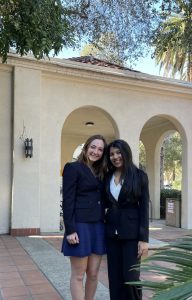 Unlike most other institutions’ Mock Trial programs, which have a strong pre-law concentration, we believe it is critical to have a team with a diverse range of academic interests and backgrounds. This makes our program accessible to a wide range of students on our campus, allowing them to participate in this rigorous opportunity to polish their reading, writing, and speaking skills regardless of their academic major. Most, if not all, of our members are not pursuing a pre-law track. Our members study a diverse variety of disciplines, from linguistics to computer science, from English to mathematics, and engage in a diverse range of extracurricular activities, including dance, journalism, and music. Nonetheless, Mock Trial is a great avenue for pre-professional exposure because it teaches you court demeanor and how to respond to objections.

However, it was not until I was accepted into Mock Trial that I came to understand the true spirit of the club: community. As cliché as it sounds, Mock Trial spelled out community for me. Given that I had no prior experience, my team captains and team members always rooted for me by supporting me every step of the way. There were multiple instances where I had to face racist and unprofessional judges, but my team always kept my spirits high. The camaraderie that I found has filled my heart with so much confidence and love. It has taught me how to grow. I am grateful to this club to provide me with a perfect environment where I am challenged intellectually and yet comfortable socially.