For the budding academic, one of the more intimidating aspects of conducting research is having to actually present it when you’re finished! As an undergraduate student, I’m only just getting my feet wet with research (primarily in the field of psychology) so I haven’t had the chance to present research at a large conference, but watching my friends anxiously prepare to present their lab research or theses has been intimidating! Although a small town like Claremont isn’t a likely host of some huge national academic conference, we do get our fair share of opportunities to engage with other scholars and share our findings! 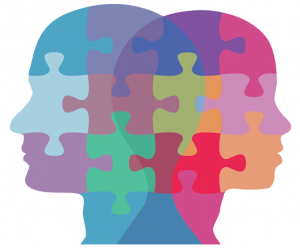 Earlier this month, Claremont Graduate University hosted the 28th Annual Claremont Symposium on Applied Social Psychology. The first of these annual symposia was held in 1986, and they’ve occurred nearly every year since then. A professor from the 7Cs is always one of the symposium organizers in charge of inviting distinguished academics and researchers to speak on the topic selected for the year’s symposium. This year, Pomona College Psychology Professor Adam Pearson along with UCLA Psychology Professor Jenessa Shapiro invited professors to discuss a wide range of psychological approaches to the study of diversity.

The symposium was titled, “Diversity Science: Emerging Perspectives for the 21st Century” and featured a wide range of psychology professors from across the nation, from as close as UCLA to as far as the University of Virginia. As a research assistant in Professor Pearson’s Social Cognition & Interaction Lab, it was fascinating to hear professors so passionately present the findings of their own research, especially given that all of the research presented at the symposium was so closely related to the research we’ve conducted in Professor Pearson’s research lab. Some topics explored by these professors included the development of racial distinctions in infants, the psychology of colorblindness and multiculturalism, and class-based achievement gaps in college.

During our lab meetings, some students expressed anxiety surrounding our lack of familiarity with even basic etiquette at anything resembling an academic conference. A conference or symposium gives you the opportunity to hear about the newest and most cutting-edge research being conducting in a given field, and it’s usually the case that academics from across the country are in attendance. For that reason, it’s only natural that we’d be so eager to engage with researchers as aspiring scholars! Given that, it was exciting yet anxiety-inducing to hear about this symposium, eventually prompting Professor Pearson to give us a quick overview of conference etiquette.

A wine and cheese reception took place immediately after the symposium, giving audience members (consisting mostly of 7C students and fellow scholars) to interact with the speakers. The symposium included many scholars whose research we had read in Professor Pearson’s seminar on the psychology of prejudice, providing an easier segue into conversation for some of us. There seems to be less to the etiquette than you might think; with the exception of a few faux pas you should make sure to avoid, conferences are generally a safe space for expressing your enthusiasm for research! Becoming comfortable in these settings, especially when you’re presenting research yourself, is a different story and likely a simple matter of practice, but luckily, you’ll find opportunities to practice at Pomona before you’re thrust into that world post-graduation!