As I look forward to my fourth and final year at Pomona, I realize how many wonderful, invigorating, and often strange adventures Los Angeles and its neighbors have offered me these past three years. I have been fed—literally and figuratively—in more ways than I can count. Here is a brief, by no means exhaustive, list of ways I’ve kept my body and soul full.

LA is a foodie’s paradise. I’m not really a foodie, so I only know the very tip of the culinary iceberg of delights that this city has to offer.

I’ve eaten incredible Indian food at Ashirwad The Blessings when I went with a good friend from Pomona who had studied abroad for a semester in Jaipur, India. She walked me through her favorites, and they were some of the best Indian dishes I’ve ever had. Affordable, huge portions, and close to campus. 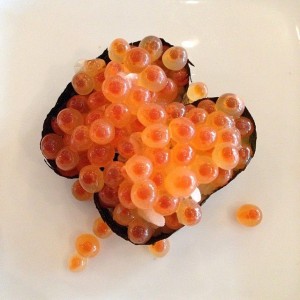 I had the pleasure of eating at a fancy sushi bar called Kazu Nori, “the original hand roll bar,” where they make the sushi rolls right in front of you at the counter. It was fall of my Sophomore year, and a USC friend took me to the DTLA (Downtown LA) location where we ate the most delicious sushi I’ve ever tried. Expensive.

There’s a great spot in Montclair (right next to Claremont) called La Costa De Jalisco. Originally a Mexican restaurant, it shifted gears to offering both Mexican and Chilean cuisine when a Chilean couple bought the place, while keeping the Mexican name (Jalisco is a state in Mexico). Food is delicious, cheap, and hugely portioned. Chilean food, while available other places in LA, isn’t everywhere, so it’s fun to have an option in our backyard.

A few weeks ago a group of friends introduced me to Joe’s Falafel on Cahuenga Boulevard near Universal City. The place is very unassuming; you probably wouldn’t think you were going to have an out-of-this-world falafel experience if you walked by. Prices were mid-range, but the portions were astronomically large, and I split my $11.95 “Gyro Plate” into dinner and lunch the next day, and was stuffed both times. The plates are served with hummus AND rice AND salad AND pita bread. 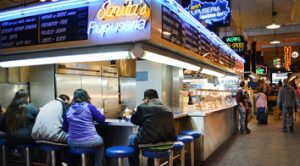 Grand Central Market is an LA classic. Located on South Broadway downtown, the Market says it is a “Gateway to DTLA.” With dozens of vendors of all types and nationalities of imaginable food, it is sure to please the whole crowd. A short walk from Union Station, this food market is easily accessible by the Metrolink train from Claremont. My friend and I ate at Ramen Hood, which serves vegan ramen and pho dishes, and it was fantastic. Just walking among the stalls is an experience on its own! It gets busy, so be sure to schedule ample time to meander and wait in sometimes-long lines.

Last year, a few friends and I climbed in a Zipcar and attended a Vegan Street Fair in North Hollywood. Running for two full days on a March weekend, the fair boasts an incredible line-up of vendors, all selling vegan food. A bit pricey.

I have had two highly unique spa experiences in the LA area. Being that they’re typically pricey, these have been special occasions. Near the end of my sophomore year, I went with a friend to a spa called “Spaahbulous & More” near Union Station. We’d found it on Yelp, and the massages looked cheap, around $35 for an hour. I remember the commute being easy, as we just took the train into the city and walked a few blocks. The venue was very unassuming, but the massages were wonderful. The highlight of the whole experience was a chihuahua in the lobby, owned by the man running the front desk, who was dyed purple. I had a thousand questions, but managed to squeak just one out: “Um, sir, did you dye your dog?” I noticed that the dog had spots of purple. “Oh, yes!” he answered, thrilled. “Doesn’t she look great?”

That’s LA for you. 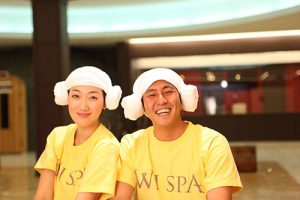 My second Spa experience was at Wi Spa, in Koreatown. I went this summer with two friends. Parking was free onsite, and. it cost $25 for day access. We reveled in the unbelievable water pressure, soaked in the hot tubs, steamed in the saunas, and even got every inch of our old, tough skin sloughed away with a “Buff” treatment (additional $35), in which a woman scrubbed all my dead skin off with an exfoliating glove. All of it. The spa even sells food and has a co-ed area (the other areas are gender separated) where you can nap on mats on the heated floors. All in all, a fantastic day.