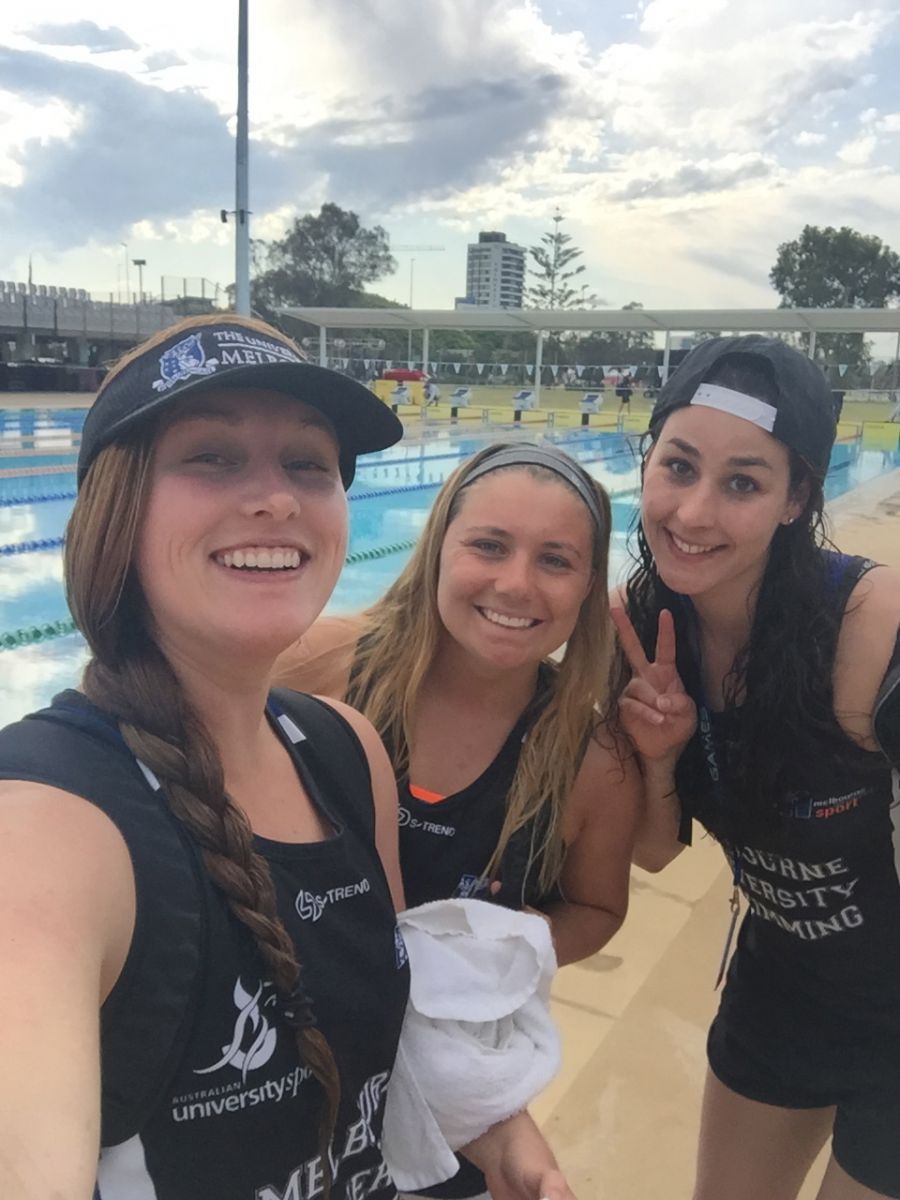 One of my main/only concerns with going abroad initially was my sport. Swimming has been such an integral aspect of my college experience, from the exercise worked into my daily schedule to the close bonds I developed with my team. I was nervous about leaving the comfort, support, and structure of my friend group and of the daily routine swimming provided me. I wondered, would I be able to keep in any sort of shape abroad? Would I ever recover athletically from this hiatus (the same question I ask about Sherlock, but emotionally)? Would I miss out on too much? Would it–swimming, and the team–be the same when I returned?

Then I wondered, would this make me happy?

And subsequently, would I still be able to get Nutella from the Coop? (It was late when I was making this decision and I was hungry).

As one can tell, I took the risk and have found that being an athlete abroad is easier than I expected. In fact, it literally paid off!

After some encouragement from its coordinator (whom I came into contact with after searching for a way to swim at/for the University), I applied to the University of Melbourne’s Elite Athlete Program. The program accepted my application and offered me incredible benefits, including free gym and pool access, admittance into a strength and conditioning program, and a partial scholarship to help with tram expenses to Uni. The catch was that I had to represent Melbourne at the 2015 University Games during spring break. They would pay for my flight, accommodation, and gear and all I had to do was swim a few races and do my best.

Did I mention that the Games were on the Gold Coast?

And our hotel was right across from Surfer’s Paradise?

And that this was our view? 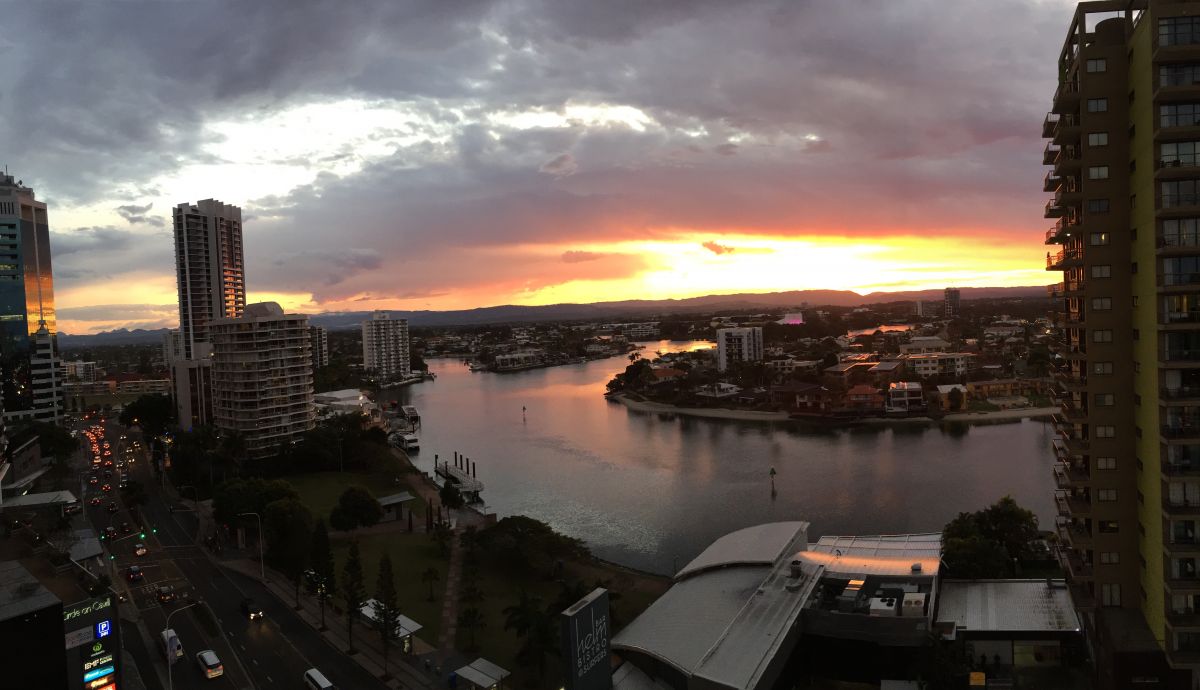 Needless to say, I snatched the offer up faster than someone seeing an open table at Malott Commons.

Swimming at the Games was an absolutely incredible experience. For one thing, I finally made some Australian friends there–which until then had been substituted by befriending other international students. We spent a large part of our time together discussing/poking fun at each other for cultural differences. They even granted me the affectionate nickname “the Yank”. Additionally, the pool was, to use the apparently stereotypical American/Californian slang, “SICKKKK”. My times were slightly off, or horribly off, but I still managed to final in the 200 back and check “swim in the finals of another country’s national meet” off my bucket list. I also checked off swim breaststroke (AKA my worst stroke by a long shot) in a relay, and play water polo. Oh yeah, that’s right, I can drown polo girls just like the rest of them (or get drowned by them, rather). The Melbourne water polo team was short on girls the last day, and, in desperate need of extra players, recruited my friend/fellow American and me for their last game. Thus begins and ends Kyra’s water polo career! 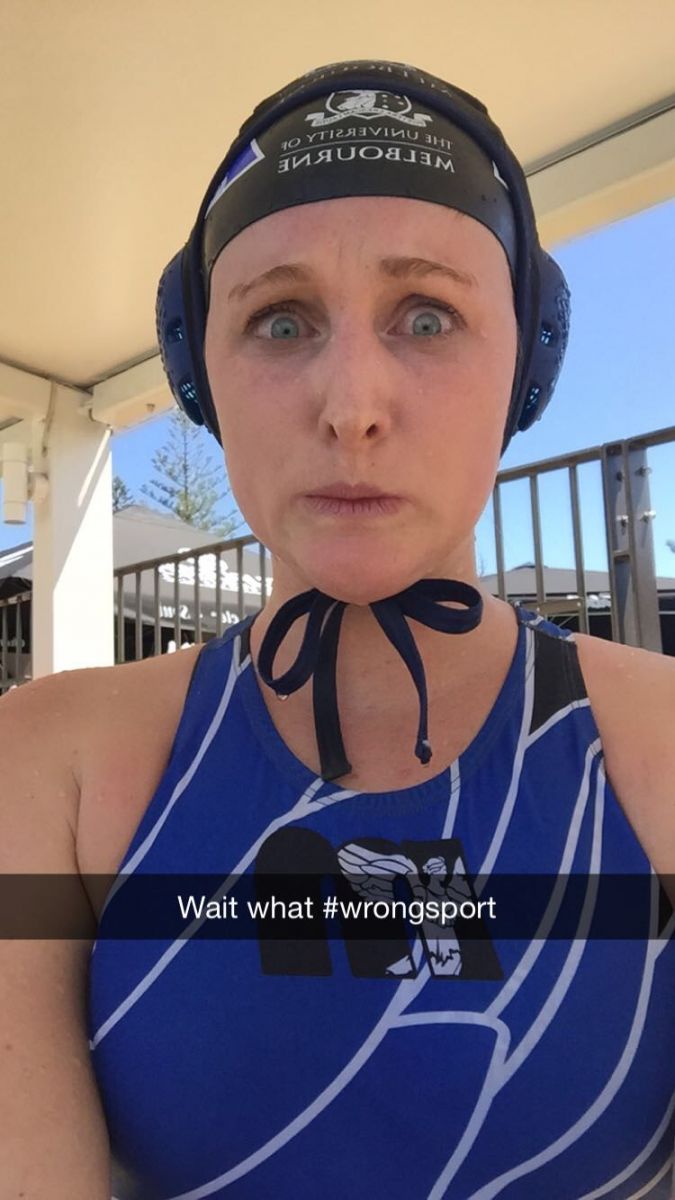 The experience of it all is something I will never forget–from the actual swimming to the people to the paddle boarding above shark-infested waters (a fact of which I was unaware at the time). I suppose the moral of this Australian tale is that being an athlete shouldn’t prevent you from thinking about studying abroad. I have enjoyed a diversity of exercise to keep in shape. Running along the beach or in Albert Park is always refreshing, and I feel as though the strength and conditioning program has vastly improved my technique in the weight room (I have apparently been doing weighted squats, bench press, and barbell deadlifts wrong my entire life). It has also been a blessing to have a pool available. There is something satisfying about getting back into the water and getting the feel of it again. Especially being so far from home, the pool has become a place of familiarity and solace for me–despite the confusion of swimming clockwise. Getting the opportunity to integrate swimming into my experience here in Australia is something I never expected and will never forget.