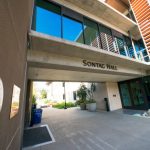 I walked as fast as my legs could carry me, stopping intermittently to look at my watch.  I was running late; the event was scheduled to begin in less than 10 minutes, but I had still not made any progress in locating exactly where it was supposed to take place. I became apprehensive and had a burst of adrenaline. Sweat formed on my brow, and my palms were wet. I had been here for less than a week and was still struggling to find my way around the campus. After asking several times, I was directed to Sontag Hall, where the first-year reception for Ghanaian international students was taking place.

The moment I entered the room, I was warmly welcomed by two female Ghanaian students at colleges in the Claremont consortium. I was given a seat and soon delved into exciting conversations about our lives back in Ghana. As time went by, several Ghanaian students joined us, and the conversation became hearty. As time went by, the savory aroma of the jollof rice they were preparing filled the entire room. The aroma took my mind back to Ghana, almost two weeks before this event, when I last had eaten jollof rice. 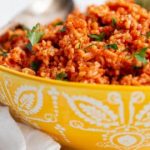 It was a cold evening in Ghana, and I remember saying to myself as I ate the jollof rice, “This will be the last time I eat Jollof.” Not having the chance to eat jollof was not the only apprehension I had about my impending travel to America. I was worried about losing my culture and identity. I remember thinking, “Will I meet Ghanaians who speak my language?”  While I sat at the reception replaying these memories, I heard someone call out my name, “Ebenezer, befa wo aduane” (“Ebenezer, come for your food.”) That was the typical call you would hear in Ghanaian households.

I went for my food and sat down to eat. I hummed along with the local Ghanaian music that was playing in the background; it was one of my favorites. I took a sip of my drink, turned to look at everyone around me, and said to myself silently, “I am at home.”