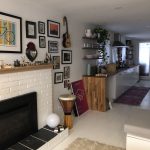 The first independent trip I went on was spring break of my first year in college. It was the first time I had organized an entire trip, bought plane tickets and rented an AirBnB. I traveled from Ontario Airport (about a 15-minute drive from campus) to Seattle, where my friend picked me up. I stayed with her at her grandparents’ house in Gig Harbor, an hour outside of Seattle. It was March and still pretty chilly in Washington, so I wasn’t totally prepared for the weather. We went to Olympic National Forest, we hiked, we took road trips, we ate yummy food and I met all her friends. We also went to Seattle to visit my friend from home who goes to Seattle University. All three of us were supposed to drive to Vancouver and spend three nights there that weekend.

Unfortunately, my friend got a stomach flu a few days before we were going to leave. I hoped she would recover quickly, but we ended up having to take her to the ER to get fluids and medicine. Since she had the car and was going to drive us up, my other friend from home and I were sad, figuring we probably couldn’t get to Vancouver without her and would lose all of our money in the rental. However, my mom called me and encouraged me to just take the bus or train and go anyways. I was starting to feel sick the night before, but I decided to push through and go on the adventure anyways. I took an Uber to the train station in Seattle and met my friend there. We had no idea what we were getting ourselves into. 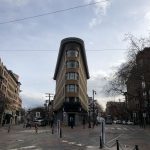 After a short time on the bus, my nausea went away, and I was so glad that I had taken the leap and bought the ticket. We had a three-hour bus ride ahead of us and had our passports ready, but this was my friend’s first time out of the United States. I had been to Canada once when I was 4, but obviously this would be my first time when I could remember it. We really had no plans and realized that when we got to the border. We went through security, which was more stressful than I expected, and then we were on the other side. My cell phone suddenly lost service, right before I had looked up Lyft and learned that there were no ride-share services in Vancouver. We realized we had no Canadian money, we had never taken a taxi and didn’t know if they took American debit cards. Suddenly we got very worried that we had made a mistake by embarking on this last-minute trip. 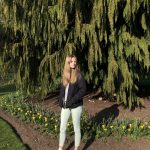 Thankfully my cell service kicked back in after a little while, but when we got to the train station it was dark. We found a taxi, and they accepted our card; we were excited to see things were cheaper in Canada because of the exchange rate. We got to our adorable AirBnB, unpacked, listened to music and hung out. We realized we’d need to get cash in the morning and figure out the bus schedule so that we could get into downtown. We had picked an AirBnB in the suburbs since we were supposed to have a car. The next day we walked to a bank, got Canadian money and found the bus stop. We made it into downtown Vancouver, walked around, ate a delicious brunch and saw the sights. We went back to our AirBnB to relax and then went to Stanley Park for sunset. We saw all the beautiful gardens and walked along the ocean. 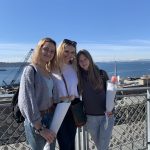 Despite being unprepared, it ended up being such a wonderful trip. I felt like an actual adult, on an adventure and being able to do whatever we chose—or, almost anything. My 19-year-old friend was able to have her first legal drink, but I was still 18 and not able to join her. This trip prepared me to take my next independent trip to Santa Cruz the next fall, and I learned a lot of valuable lessons about traveling. College is the time to explore new places, meet new people, make mistakes and have fun adventures all at the same time.